Ash bring a ‘Shining Light’ to Brighton in unsettled times 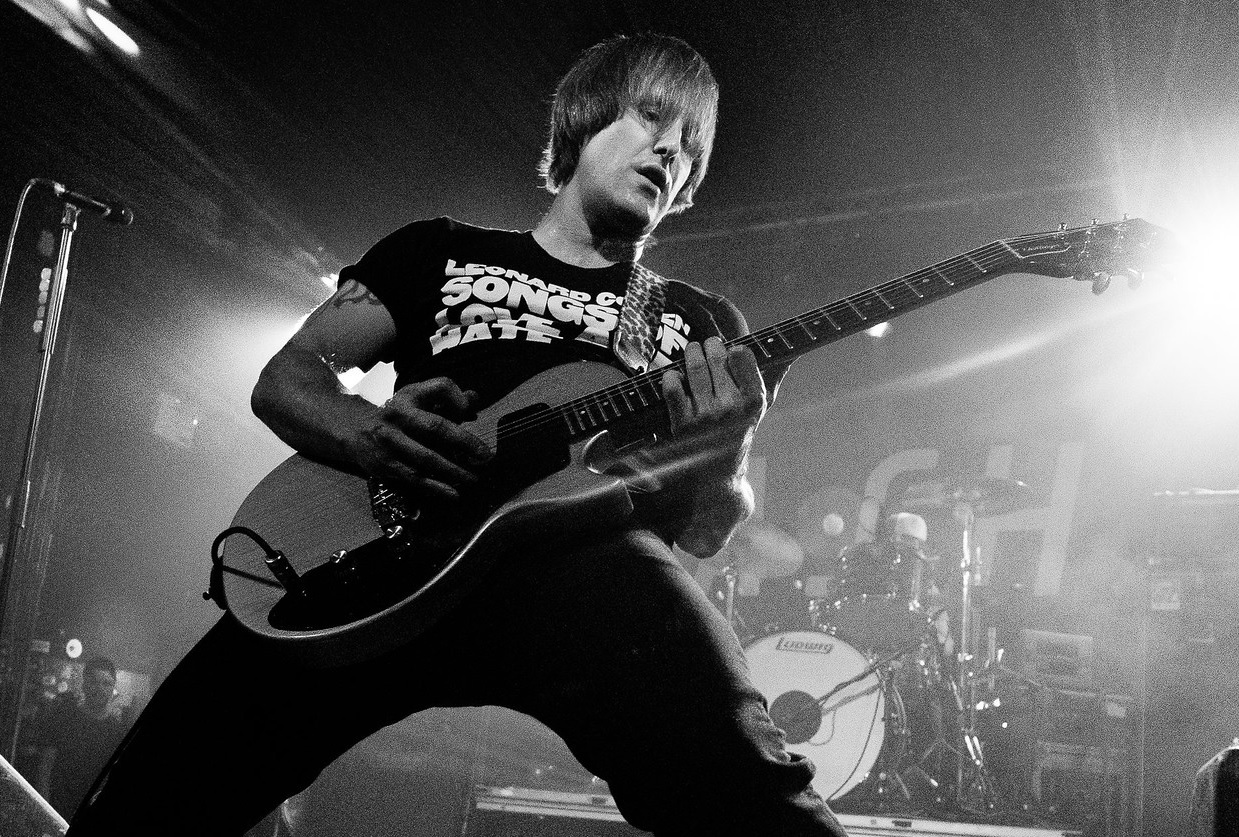 Let me take you back to October 28th, 2009, and ASH are due to play The Crypt, a very small music venue in Hastings that had somehow managed to attract the likes of Stiff Little Fingers, Muse, Kasabian, Coldplay, The Kooks, and Snow Patrol.

I had planned on attending for quite some time prior being as I had never seen them live and the opportunity to see them play an intimate gig on my doorstep was too good to turn down. Now if it wasn’t for the fact that after a stressful day at work I completely forgot until minutes before the show, then I’m sure that I would still be drooling about that gig to this very day. Yes, the fact that I often listen to ASH and singalong to either of my personal favourite albums, ‘1977’ or ‘Free All Angels’, whilst driving, is somewhat muted by the fact that I have unbelievably never seen them play live until now.

A disappointing void in my gigography. Having been named by Q magazine in 2002, as number 2 in ’50 Bands You Must See Before You Die,’ after this evening I will only have another 43 to see on that list! So after not bothering with a 5 minute, mostly downhill, run to The Crypt almost 12 years ago, tonight I drove 75 minutes from Hastings on my lonesome to actually see them perform live after years of waiting. I found my usual on-road free parking space a very short distance from tonight’s venue, the Concorde 2, which was a promising start and walked straight in as luckily there was no queue. 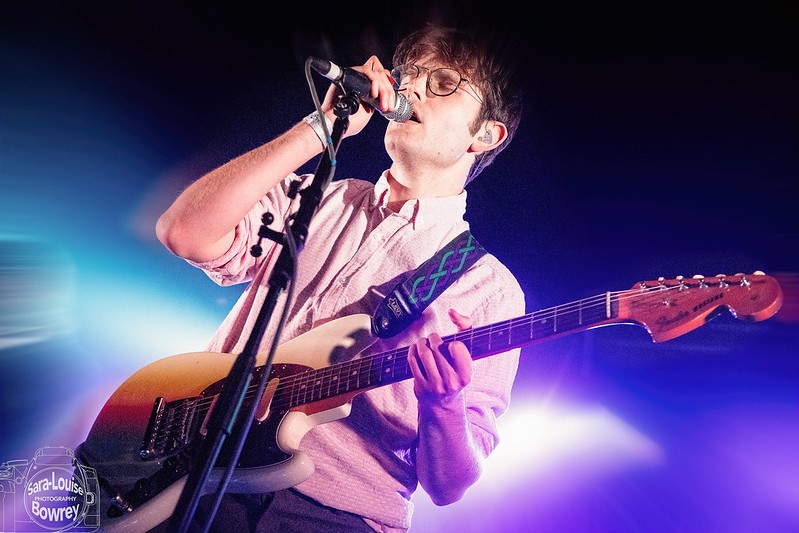 First up, were tonight’s support band Indoor Pets. Indoor Pets hail from Kent and apparently make dirty pop music according to their Facebook page. I took a look on their website to see what they are all about and it is way different from any other bands to say the least. Take a trip to ‘Content City’ which is a 3D interactive city with each building representing a different track. A real Nerd Fest and way beyond me but it looks fun.

Onto the music and entering the stage to a version of ‘The Final Countdown’ I had some initial doubt as to what to expect, but something instantly clicked with me. Their awkwardness was cool. Lead singer Jamie Glass was full of over-exaggerated David Byrne dance moves during ‘Thick’, which is apparently how his trousers felt during lockdown, and it was hard to keep one’s eyes off him. 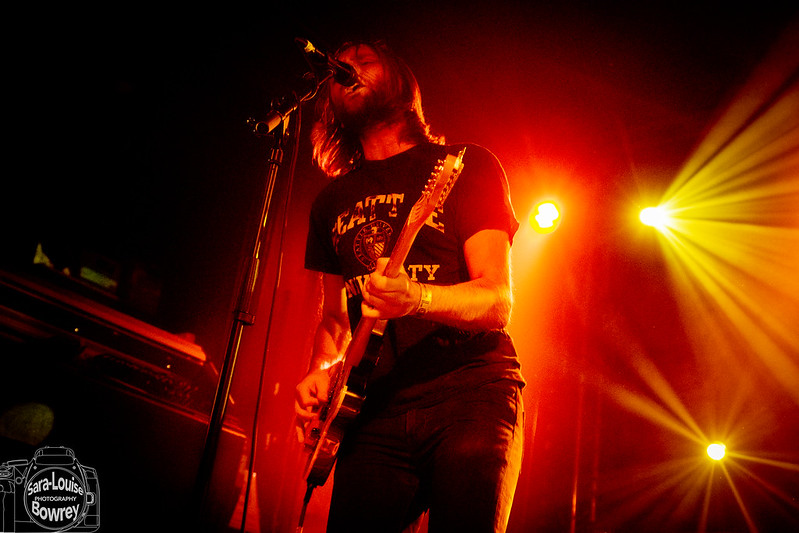 ‘Barbiturates’ was up there with one of the highlights of the set. Guitar being played behind head and a loud interjection from an audience member seconds before the end of the song, brought smiles to the band and audience faces. Saying that I never actually saw the bass player’s face as he appeared to have gone with the full lockdown look and not cut his hair since March 2020.

The final song of the set was introduced as being about London to which the audience were not impressed, and Jamie responded with “Yes exactly, Sodom” which made us chuckle. It was a great end to their set. They certainly won over the “sexy Brighton” crowd as Jamie called us.

Almost two and a half years ago they headlined The Scala in London and there is potential for them to play even bigger stages in future if they continue in this vein. Judging from tonight’s performance they have the energy to fill a bigger stage. These boys from neighbouring Kent could put Geek Rock firmly in the British eye, taking over the mantle from US bands such as Weezer and They Might Be Giants. They talk on their website about ‘not fitting in’ but they slipped into their support slot with ease tonight and I for one enjoyed their set. 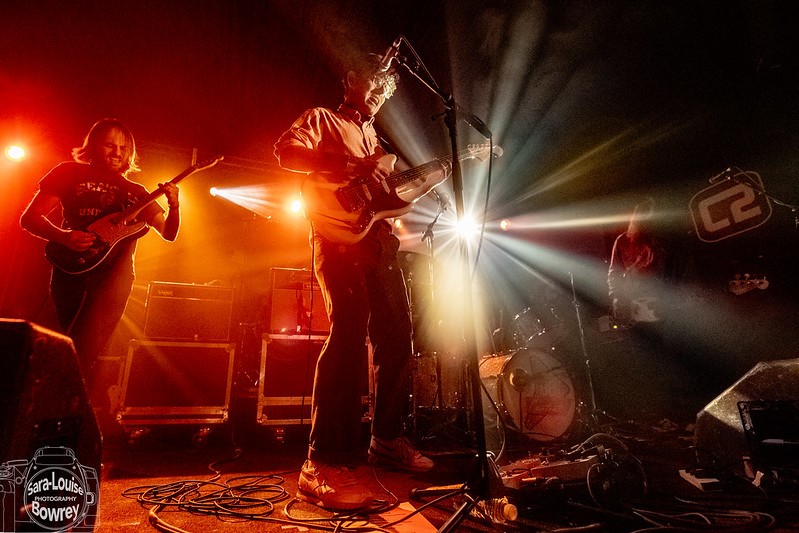 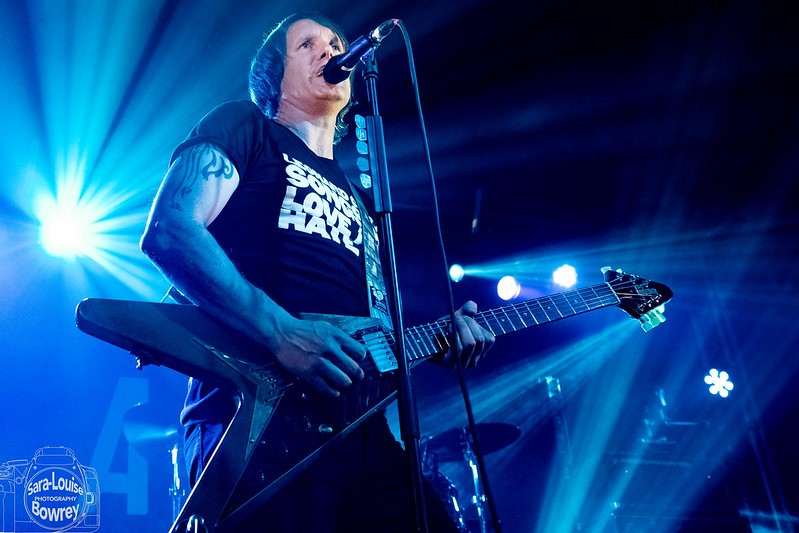 ASH have played a couple of festivals since their return to live music post lockdown, but tonight was to be their first venture back indoors in 533 days for what was an emotional return to the stage in an intimate venue as they eventually get to embark on their 20 date tour of the UK and Ireland to promote ‘Teenage Wildlife; 25 Years of Ash’ which was released on Valentine’s Day 2020, back when all was normal.

Having been given the John Peel seal of approval with their first session in April 1994, their debut album ‘1977’, the year Tim Wheeler was born, reached number one in 1996, and I for one was believing the hype. ASH have released some of the most infectious indie singles that you are likely to have ever heard and tonight we were treated to many of the classics. 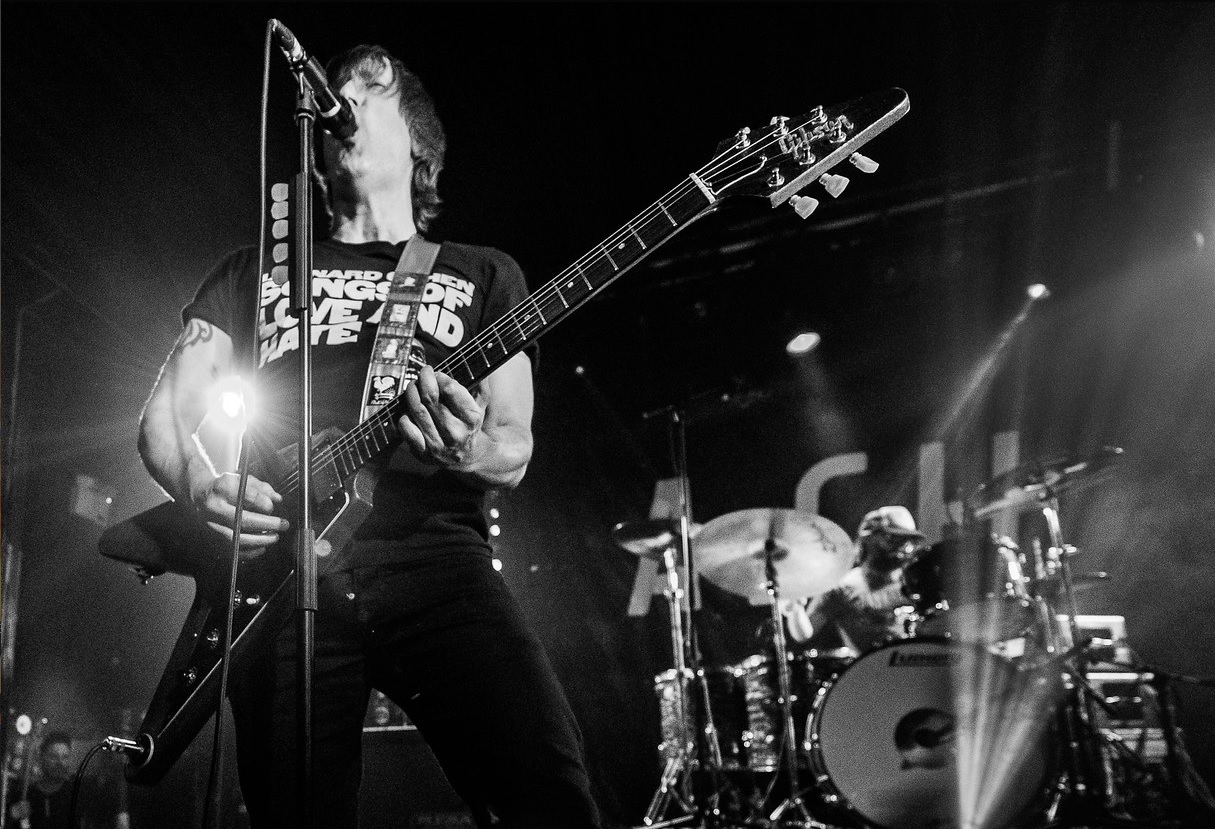 ASH entered the stage; Tim armed with his Gibson Flying V (though he had numerous guitar changes throughout the set), Mark with his bass guitar and Rick drumsticks in hand, ready to do battle.

Starting off their set with ‘A Life Less Ordinary’ from the soundtrack of the film by the same name and given the crowd’s reaction, the early signs were there that this was going to be a night to remember. Next up was ‘Buzzkill’ from their seventh studio album ‘Islands’, a song which gained my automatic approval given it has backing vocals from Mickey Bradley and Damian O’ Neill of The Undertones. Even without them tonight it is still a great song but given its lyrical content I can’t imagine that it ever got played on Radio One. 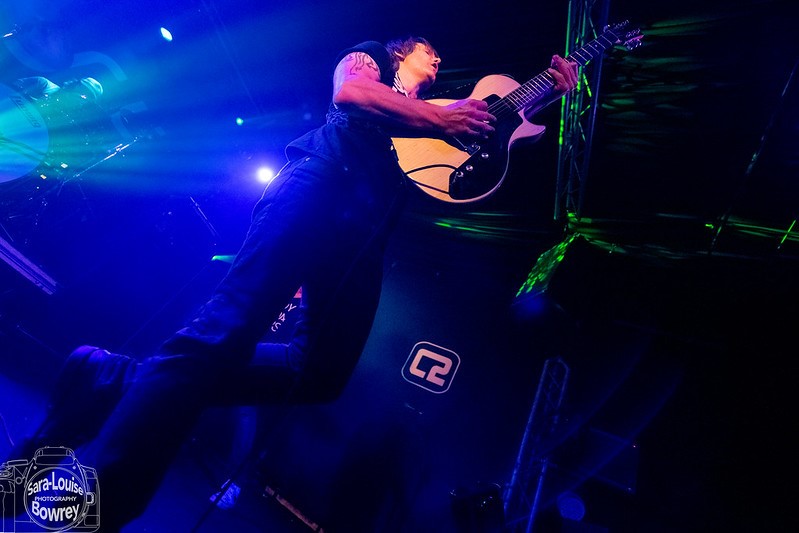 I was already prepared to mosh, but the rest of the crowd were easing themselves into proceedings. The hits just kept on coming with the ever popular ‘Shining Light’ and ‘Oh Yeah’ taking pride of place for audience karaoke. It wasn’t until ten songs in when I got my mosh pit wish as it all kicked off with ‘Kung Fu.’ Two minutes and 17 seconds of ‘Jackie Chan’ was extended somewhat by a mid-song interlude to let us older moshers recover. The tension was agonising as the band teased us before eventually continuing with the song and all hell broke loose again during which I received a kung fu kick to my left calf.

Rick, sporting a quality Dick Dastardly t-shirt, gave us a Charlie Watts tribute and divulged that he had wanted to be a cross between Charlie Watts and Ringo Starr; Chango or Chingo, hence why he has the beard albeit a bit bushier than Ringo’s. Meanwhile Mark was as cool as ever on bass guitar in his Boy From Mars t-shirt. He makes this pop star image thing look too easy. 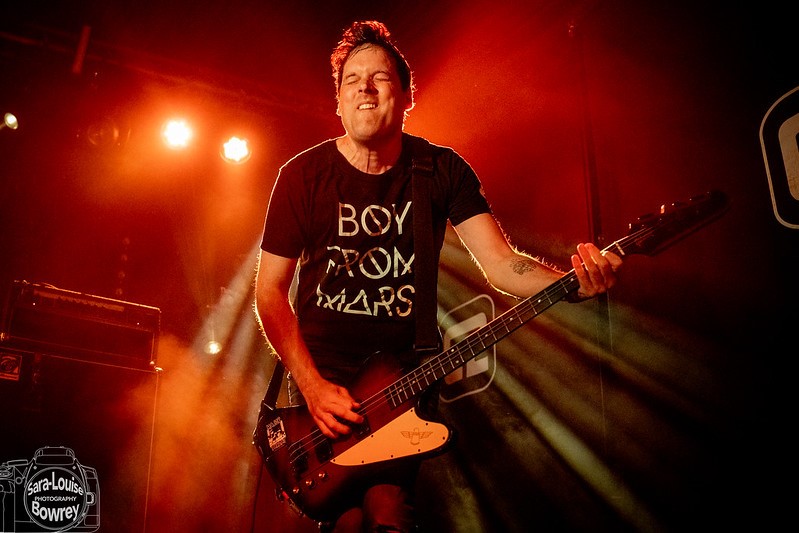 Tonight Lout Promotions had pulled off the coup of getting ASH to return to Concorde 2 to play their first live indoor gig in 533 days as part of ‘The Teenage Wildlife’ Tour. Tim asked the question as to whether anyone had been at their first Concorde show in 1995, which would have been mightily impressive, but alas no-one had. Tim also confirmed to us that you can’t beat playing an intimate club show, which after tonight no-one can dare argue against. It was nice to see a varied audience of young and old, and different genders, in attendance enjoying themselves. Tonight I felt like an eternal teenager.

The last two songs before going off stage were a brilliant cover version of The Only Ones ‘Another Girl Another Planet’ which was a bit lost on some of the younger members of the audience, and the classic ‘Girl From Mars’. A great end to the set but with the crowd baying for more they had no choice but to come back. The encore even included a bonus track in ‘Wildsurf’ because the band had enjoyed the night so much. Finishing off with my favourite track, given my penchant for faster music, ‘Burn Baby Burn’ made my night complete and the crowd appeared more than satisfied. 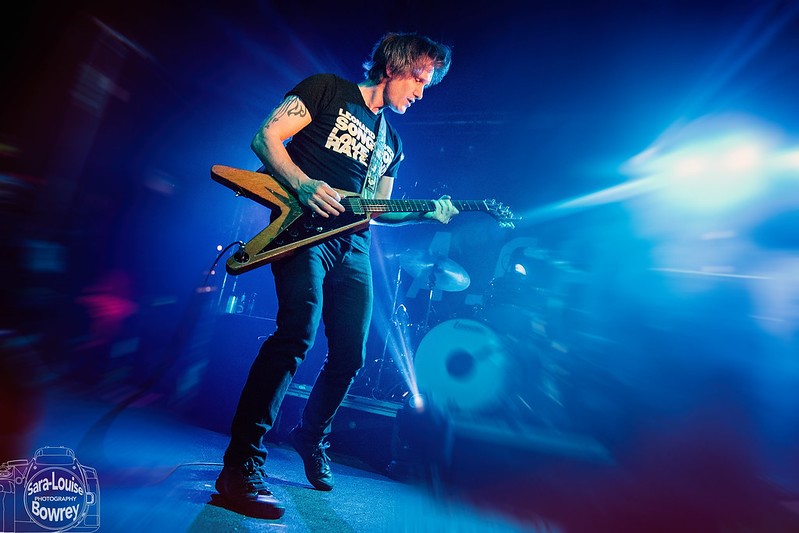 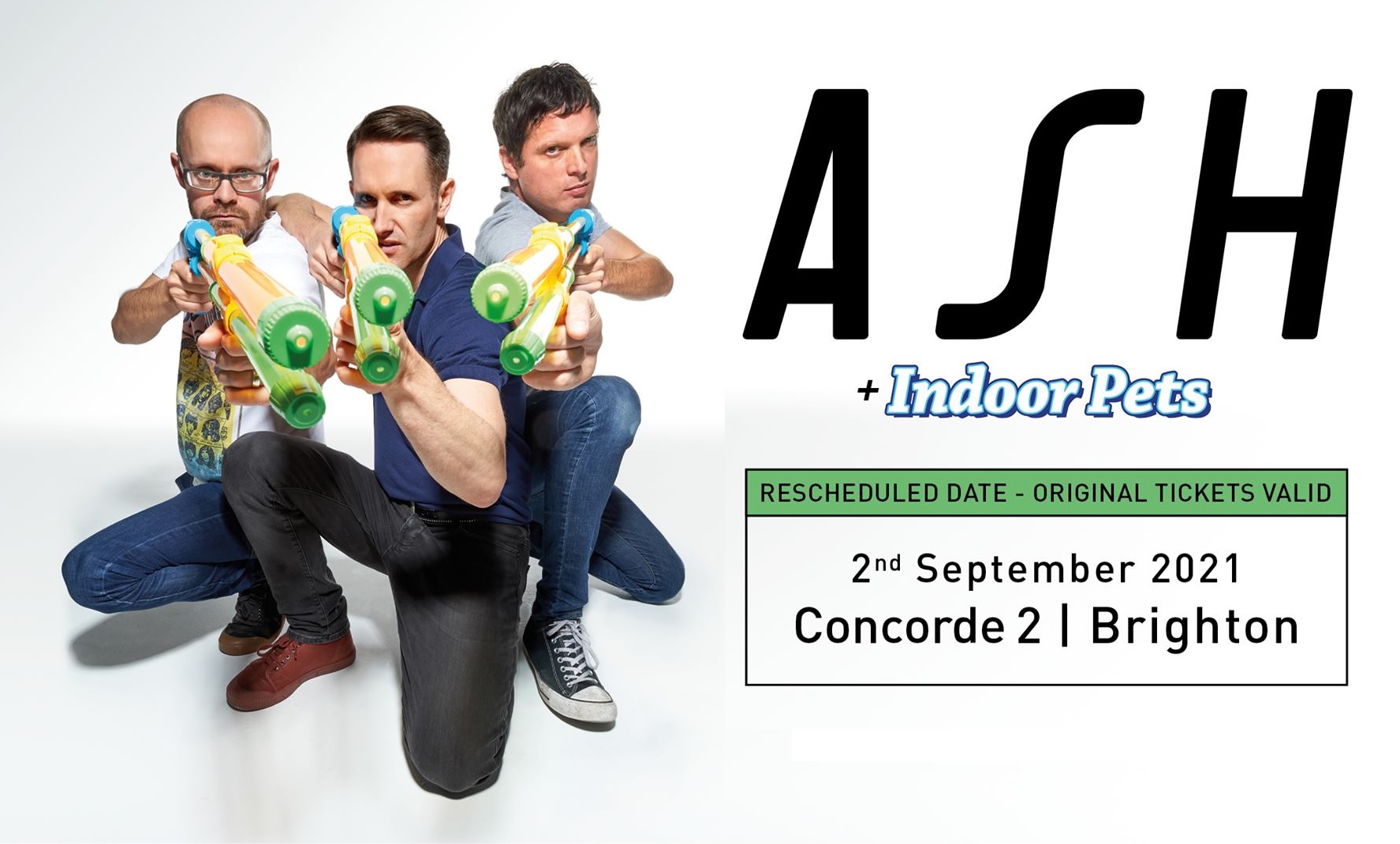