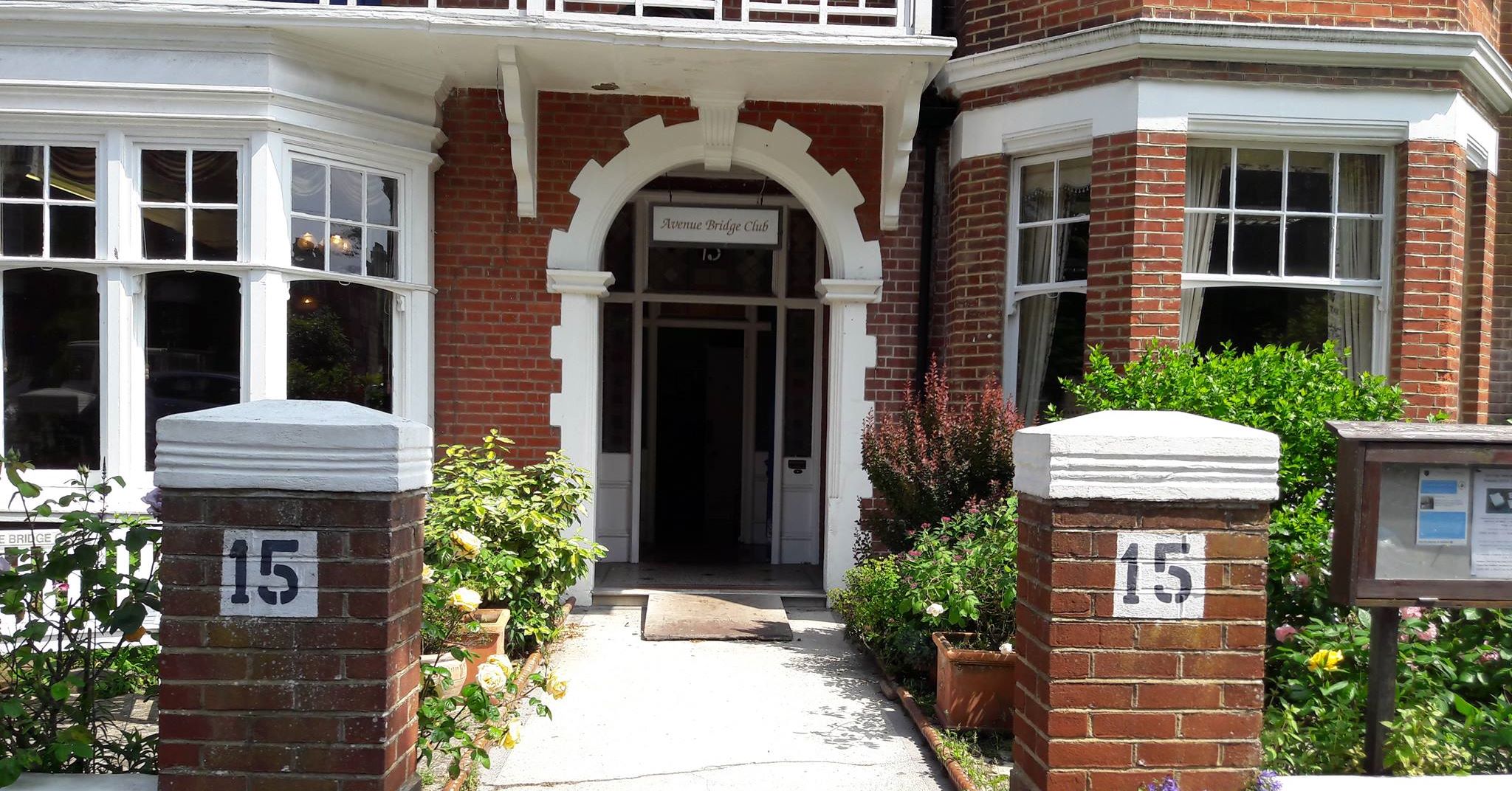 A Hove bridge club is looking for a new home after its owner decided to convert it into a family home.

The Avenue Bridge Club has been run by Lord Richard Newton, who owns its current home in Third Avenue, for the last two decades.

But when the club was forced to temporarily move online during lockdown, he decided the time had come to sell up.

Ironically, the move online helped boost membership numbers, and with face to face sessions now resumed, the club is once again thriving.

Chair of the club’s management committee Helen Dawson said: “Quite honestly, we have all been playing bridge online during lockdown and we didn’t know how many people wanted to come back face to face

“It turns out quit a lot of people do.

“We had more members joining us during lockdown because they wanted to play online tournaments.

“The other day I was doing some gardening out the front and a woman walked past after I had pruned the bushes round the sign and said she didn’t realise there was a bridge club there, and was interested in joining.

“Our youngest member is Ollie who is 25 who plays for the England under-26 team and it goes right up to Bernard who’s 100 next week.”

When Lord Newton told them of his plans, their first move had to be to set up a new structure to run the club – and most previous members had agreed to sign up.

It then had to grapple with covid regulations to get real life sessions up and running – while continuing to run the popular online sessions.

Ms Dawson said: “Lord Newton kept Avenue Bridge Club going for 20 years. He’s clearly within his rights to make it and he has been highly supportive of our efforts. There’s no hard feelings at all.

“We might have to move out a little bit further. At this stage nothing’s off the table.

“Everybody’s committed to the club staying.

“If anybody knows of anywhere where they think we could play bridge with 12 tables – 48 people – just give me a ring or email me.

Anything from renting a hall of any description to part of a building that might be up for sale that we could take over.”

Lord Newton said: “I was running the club for 20 years and I’m getting on a bit and decided that 20 years is probably long enough.

“Covid has obviously been a factor and I was concerned about all the precautions that would be needed when the club restarted. I suspect that may have been a factor as well.

“I’m still a member of the club. I haven’t been back to play in person, but I continue to play online.”

The planning application, written by Lewis & Co Planning, said: “The site has been in use as the Avenue Bridge Club under the applicant’s ownership for more than twenty years.

“However, during this time the club has been subsidised by the applicant and has not made a profit for many years.

“The site is located in a residential area of central Hove and the application proposals would return the premises to a single residential dwellinghouse use set across ground and first floors.

“The building lends itself to residential conversion and would deliver a high-quality new family home in a sustainable location of the city.”