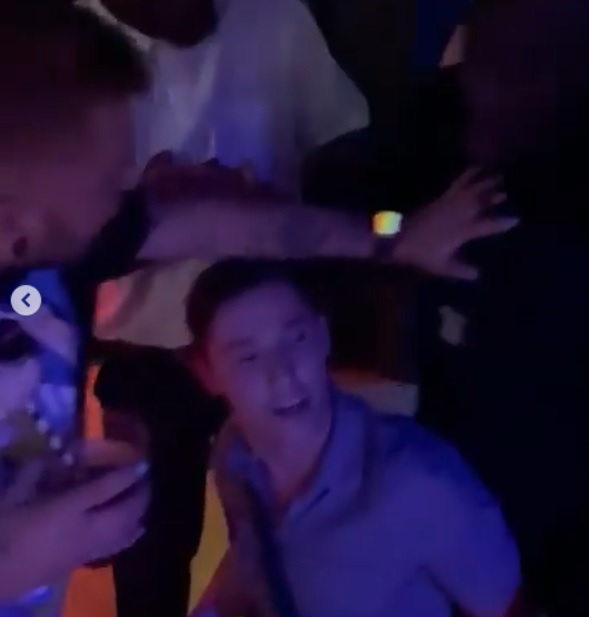 A Brighton nightclub has apologised to a wheelchair user who was carried out of its basement bar on Saturday night.

Tyler Paul, 29, posted a video of club security pushing his chair through the bar despite protests from him and his friends.

He said the force was so strong it almost broke his arm, and he left because he no longer felt safe.

But the nightclub said that while it was sorry he could not enjoy his Saturday night as planned, its staff had acted properly because the basement of the nineteenth century building is not safe for wheelchair users.

Tyler posted on Instagram: “Last night I was forced out by the security of Legends Brighton because I was downstairs partying like everyone else.

“This happened only because I am a wheelchair user and this is unacceptable.”

After Legends posted its apology, he added: “I feel they are trying to fabricate the truth. The footage shows everything you need to see.

“If someone was to pick them up and walk them out of the premises they would also feel violated and vulnerable.

“No words can truly explain how I feel about this incident and the fact they are trying to say what they did was done in a professional manner disgusts me.”

After the video began to be widely shared yesterday, Legends posted a statement on its social media channels saying it provided “only a snapshot of what happened.”

It said: “There are three means of escape from the basement, supported by a robust Fire Risk Assessment but these are all by way of stairs, also the toilets on this level do not allow for wheelchair access.

“When this patron asked to have access to the club, we were not able to agree given our prime responsibility for the safety of everyone, in the event of an emergency.

“Notwithstanding this decision the patron’s friends nonetheless carried him down to the club which caused a serious safe-guarding issue. When security became aware of this, the customer was approached and asked to return to the ground floor bar [which is equipped fully for disabled access].

“When the customer refused, with full professionalism, our security team assisted in returning him to the ground floor where he was encouraged to enjoy the rest of his evening.”

It said it believes the club is complying with the Disability Discrimination Act 1995, but has offered to meet with Tyler and is open to making more improvements where possible.