A list of “heritage assets” looks likely to be drawn up after historic street lamps from Brighton seafront were found for sale on the internet.

Councillors called for a proper list after the lanterns were taken down for restoration but ended up on the buying and selling website eBay.

Conservative councillor Robert Nemeth urged the council to catalogue items which were not contained in existing lists, including street furniture such as historic railings, lanterns and bollards.

He said at a Brighton and Hove City Council meeting in January: “Stories of items going missing and often popping up as garden ornaments go back years.

“(They) do not tally with the aims of a city that wishes to promote and protect a beautiful public realm in which we all have a stake.

“Creating some sort of list or register seems to be an obvious solution. This proposal is about publicly accessible and predominantly exterior items that fall within the ownership of the council.

“The list should include all manner of different items and be blind to ‘listed’ or ‘locally listed’ status.

“It would be separate to existing lists of museum items and the asset list of the council generally.”

A report going before the council’s Tourism, Equalities, Communities and Culture Committee this week recommended that council officials model the new register on existing lists.

Officials set out concerns about a suggestion that the work be handed to a voluntary group, saying that officials would still need to prepare a comprehensive brief and formally commission the work.

The report said that any voluntary group would have to be “supported and overseen by officers (and) … any resource benefits from a voluntary group preparing the Heritage Asset Register would be outweighed by the work created for officers.”

Officials said that they recognised that involving volunteers “would improve engagement … in identifying and listing assets of value”.

But the report added that it would be a “more efficient use of council resources” if officials carried out the work – and that they could more easily avoid duplicating heritage lists. 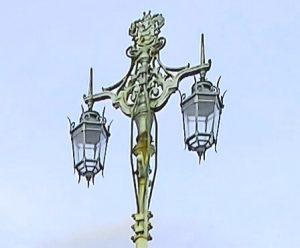 The report also said: “There is an existing statutory list and a local list which includes buildings as well as structures and monuments considered of historic and heritage value. These are published on the website.

“It is proposed that officers (led by identified leads in each asset-owning service) prepare a single list of council-owned heritage assets that can be drawn from these lists.

“This can be published and updated and reviewed annually. This also allows for third sector interests and community groups’ involvement.”

The council’s Tourism, Equalities, Communities and Culture Committee is due to meet at Hove Town Hall at 4pm on Thursday (25 November). The meeting is scheduled to be webcast on the council’s website.

Leave a Reply to fed-up with brighton politics Cancel reply