Patrols and CCTV cut down drug dealing round historic church 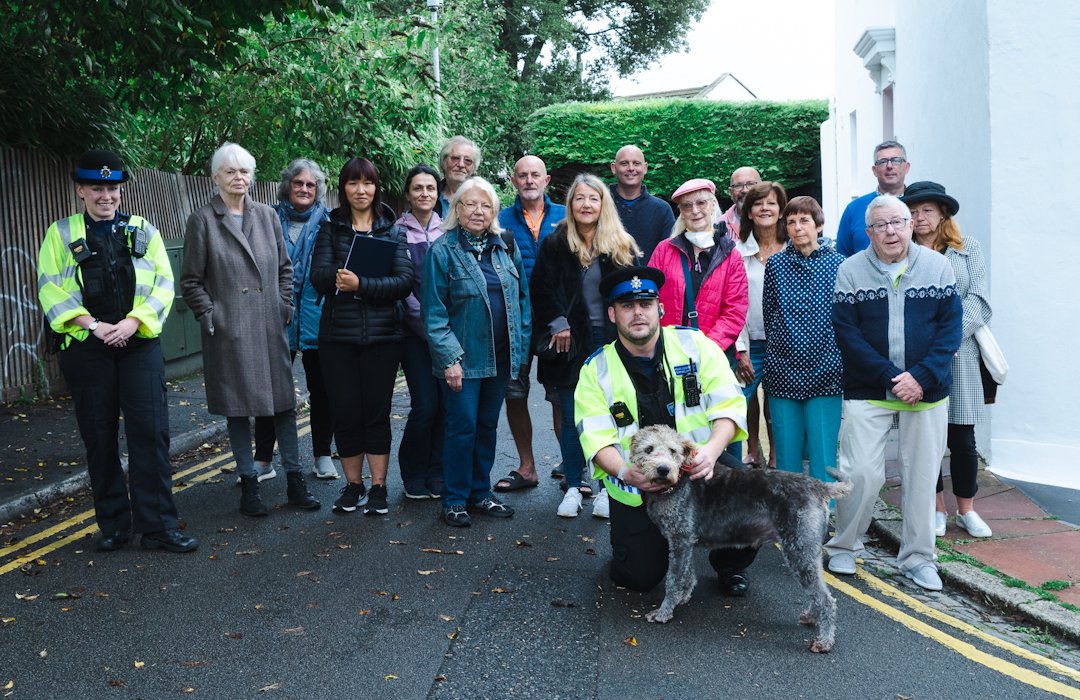 Police patrols and CCTV around an alleyway near the city centre’s oldest building have helped reduce anti-social behaviour and drug dealing in the area.

Residents living near St Nicholas’ Church formed a WhatsApp group to share reports of crime in the twitten leading from Mount Zion Place to Centurion Road – and the green spaces around the 14th century church.

High levels of drug dealing and taking in these areas had made residents feel they were no-go areas.

They began reporting them to Sussex Police, which put PCSO Kevin Creasey on the case.

Officers began making targeted patrols, parked a police vehicle during the day for visibility, installed a CCTV camera and arranged a community meeting to put residents in touch with the right partners across the city to address their concerns.

Residents say they now feel safer and they have a renewed sense of community and communication.

Acting Chief Inspector Andy Saville, of Brighton and Hove’s Neighbourhood Policing Team, said: “Our ongoing work around St Nicholas’ shows what we can achieve when communities come together.

“Police officers and PCSOs don’t just work with communities, they are central parts of them.

“Reporting crimes and concerns is absolutely vital for us to understand what issues are impacting our communities, what areas are particularly affected and where we should be targeting our resources.

“The recently launched StreetSafe online toolkit also allows residents to input areas where they feel unsafe or uneasy, which is then collated to allow us to identify potential hotspots.

“Please report crimes or concerns to us either online via the Sussex Police website, by calling 101 or by dialling 999 in an emergency.”

Click here to find the most appropriate agencies to report anti-social behaviour to.