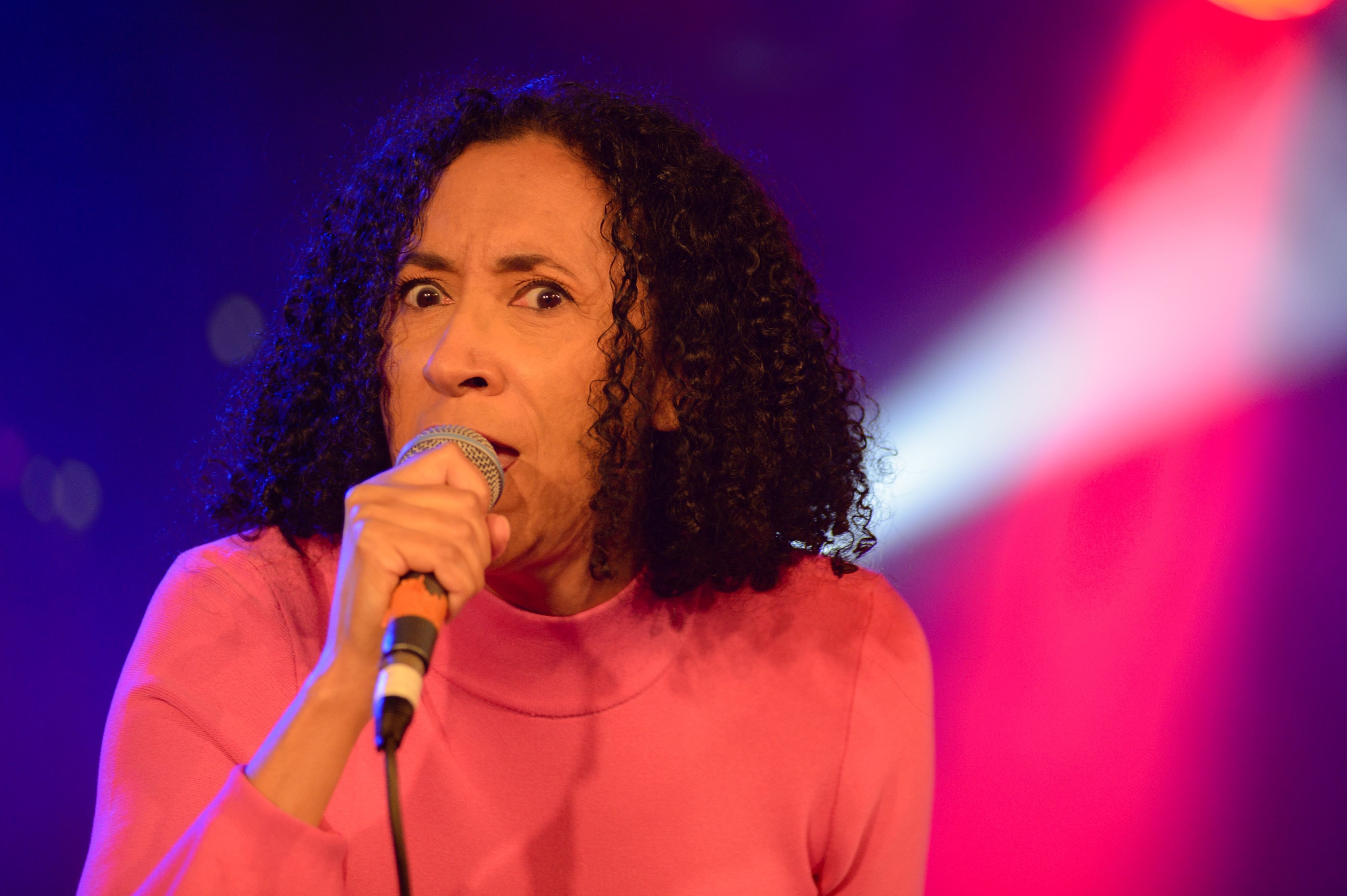 The Rockaway Beach Festival 2022 was the festival that nobody really thought was going to take place. At Christmas Jarvis Cocker was telling his relatives in Sheffield that his show during the three day festival at Butlins Bognor Regis was “never going to happen”. I personally was convinced that Boris Johnson’s government would bring in restrictions after New Year that would prevent the festival from proceeding. 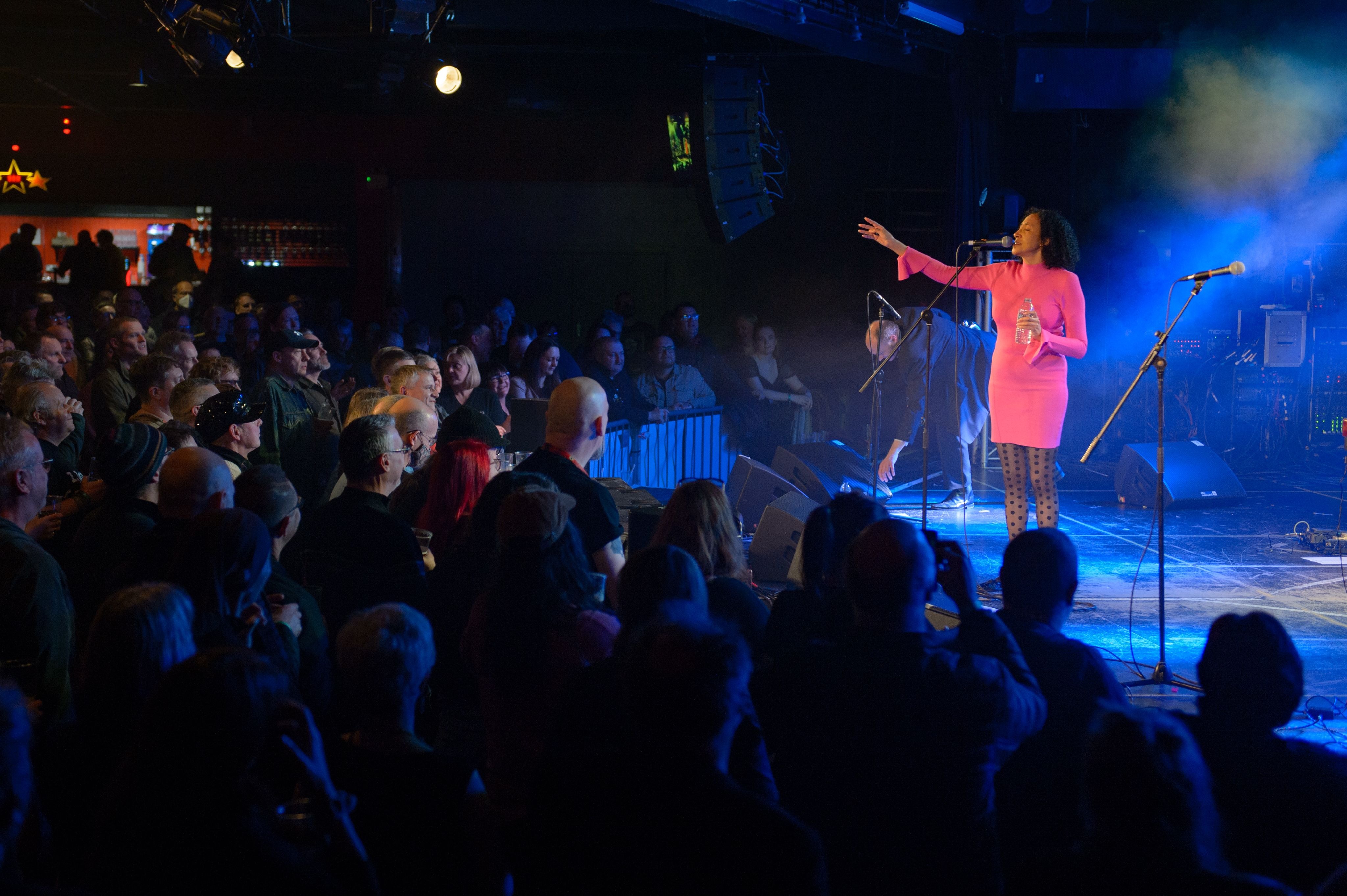 Yet here I am at Rockaway Beach Festival watching Rhoda Dakar. It’s all I can do not to pinch myself to check that I’m not dreaming! Rhoda of course is best known for her work with The Bodysnatchers, The Specials and The Special AKA. Rhoda didn’t know that she was playing here until a week ago. It is her band’s third gig this week, and they sound road-hardened already. The set of classic reggae and ska warms the crowd up on a cold winter’s afternoon.

Find out more about Rhoda Dakar on her ‘linktree’ HERE. 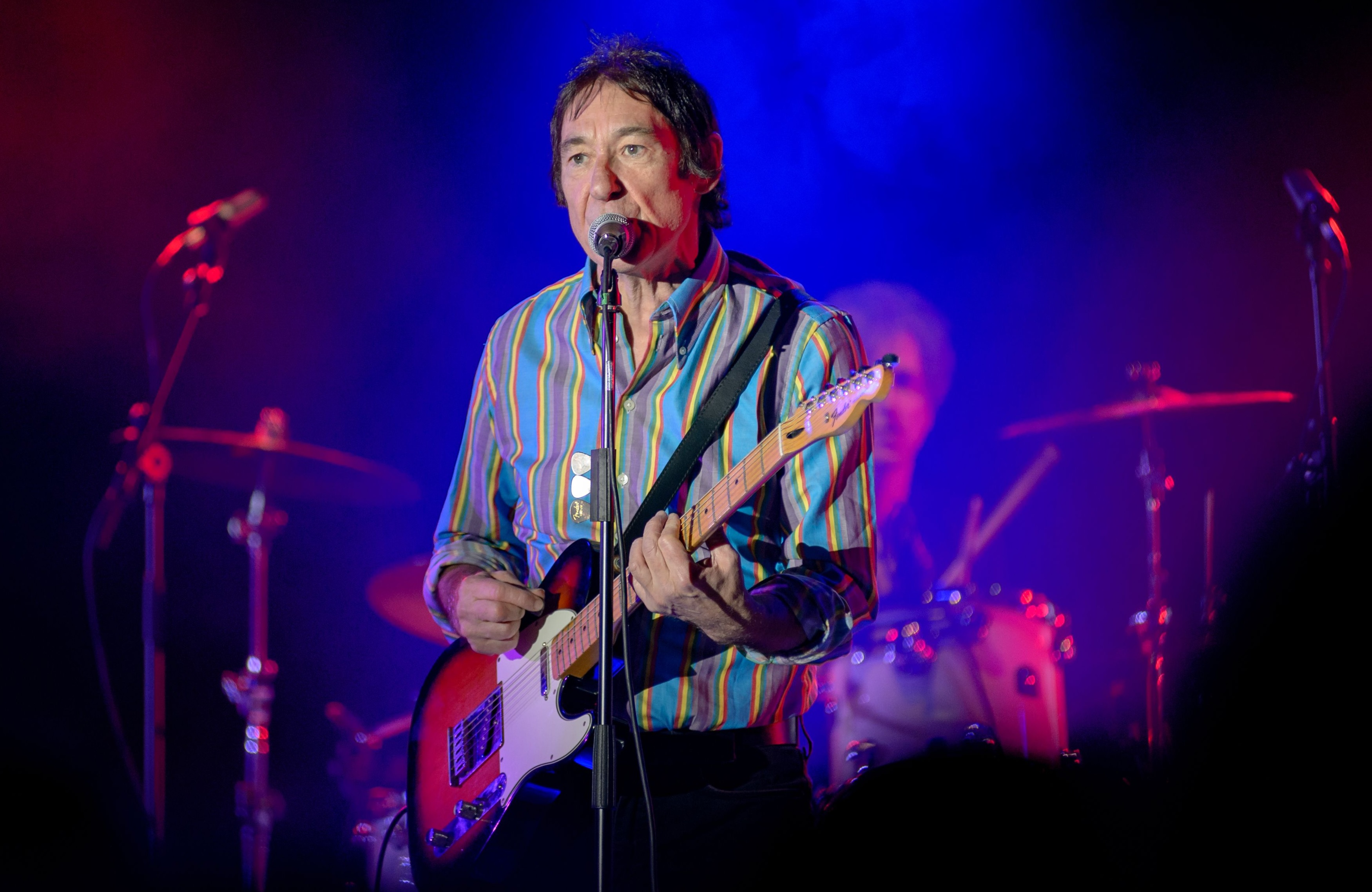 Next up are the Buzzcocks. This is the first time I have seen the band since Pete Shelley passed, and I am a little apprehensive that a Shelley-less Buzzcocks may be a bit of a travesty. The only Steve Diggle vocal that I can call to mind is ‘Harmony In My Head’, and I recall that it was a little bit rough.

There was no need to be concerned though. Diggle handles the classics every bit as well as Shelley, and (relatively) new guitarist Mani Perazzoli, who joined in 2019, has fitted in really well. 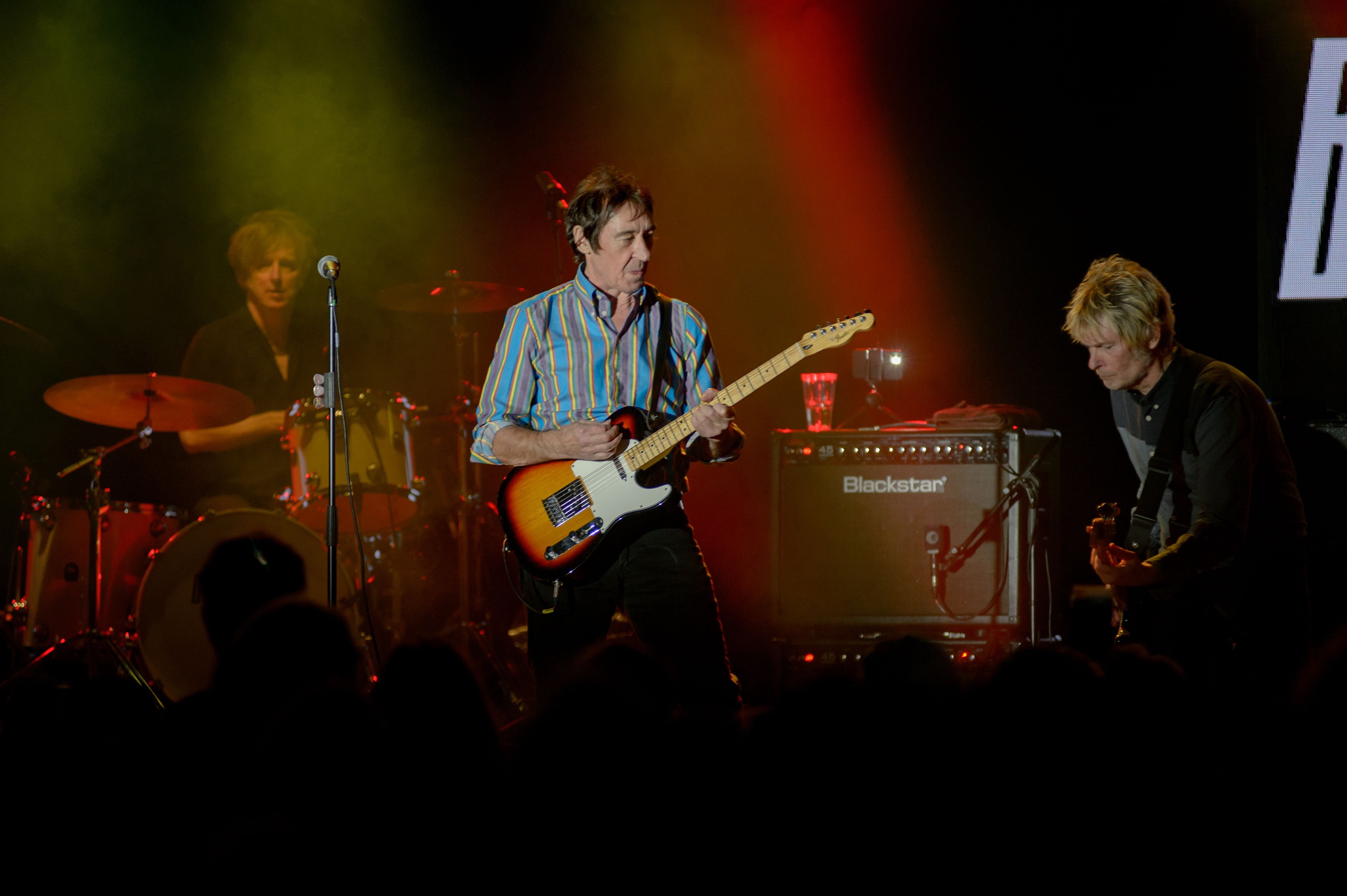 The set is understandably classics-heavy. How can it not be? They’ve got so many!!! The second song is ‘What Do I Get?’, which is played with just as much vim and vigour as it was when it first appeared in 1978. The great thing about the Buzzcocks is that many of their album tracks sounded like they could have been singles. ‘Fast Cars’ from the ‘Another Music In A Different Kitchen’ album being a prime example. 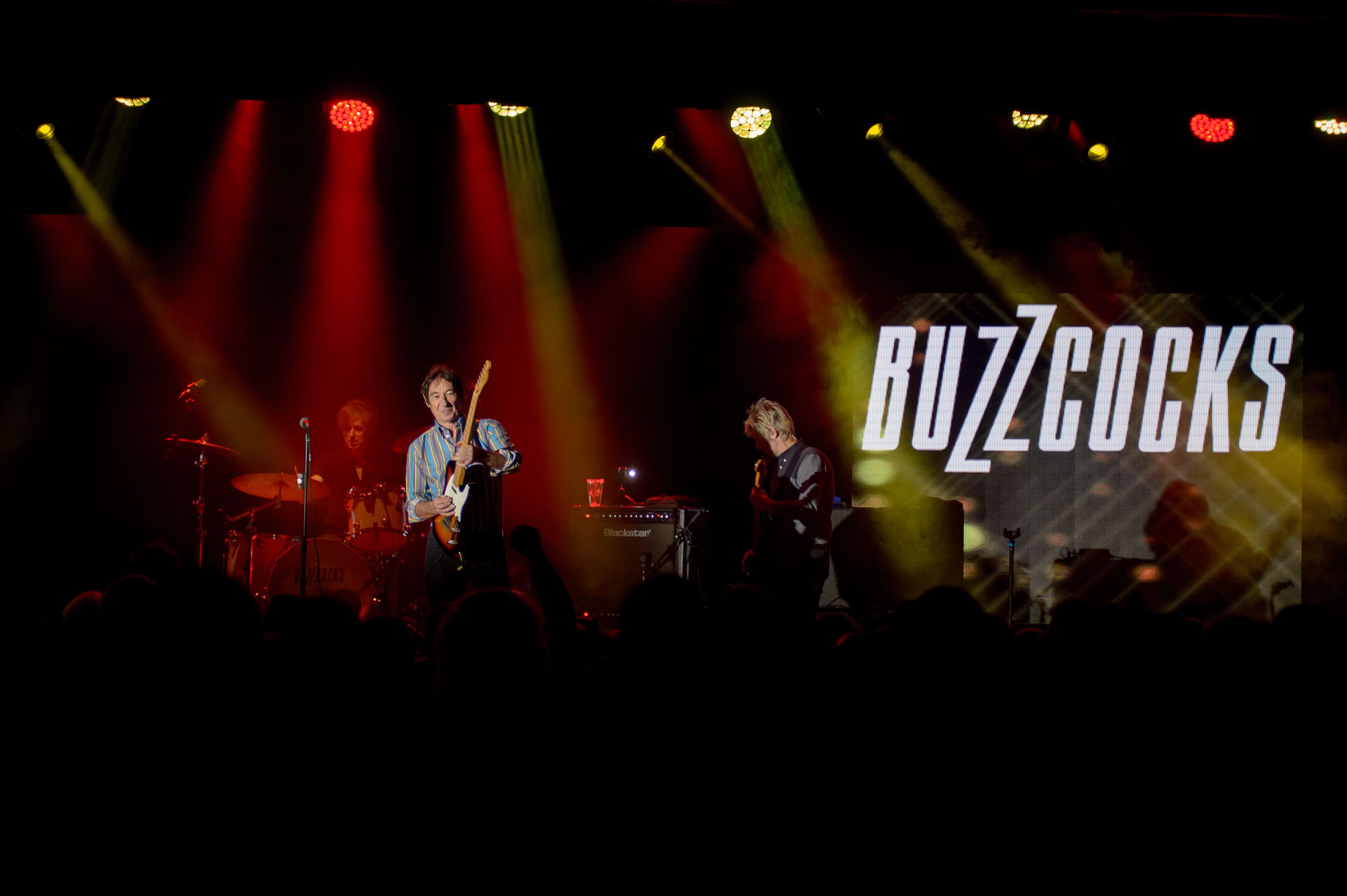 Tonight’s show is not all about nostalgia though, as ‘Gotta Get Better’ and ‘Destination Zero’ demonstrate. These were recorded during lockdown and released in 2020. ‘Destination Zero’ in particular can hold its head high alongside any of their classics. We also get ‘People Are Strange Machines’ and ‘Third Dimension’ from 2014’s ‘The Way’ album. 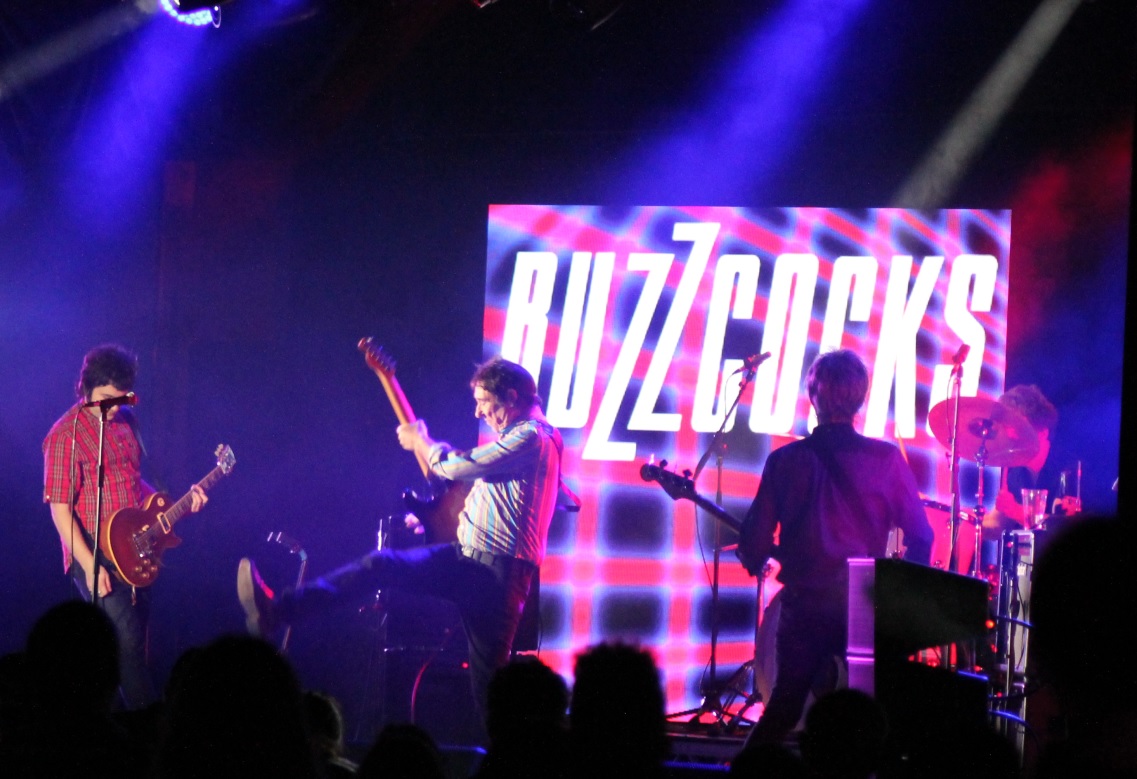 This not being a partisan audience, what’s really required are the classics, and what band wouldn’t like to have the following four songs to close with: ‘Orgasm Addict’, ‘Promises’, ‘Ever Fallen in Love (With Someone You Shouldn’t’ve)’ and ‘Harmony In My Head’. I am utterly delighted to report that the Buzzcocks are as vital a live band as hitherto. You really should go and see them sometime.

More on the Buzzcocks can be found at www.buzzcocks.com 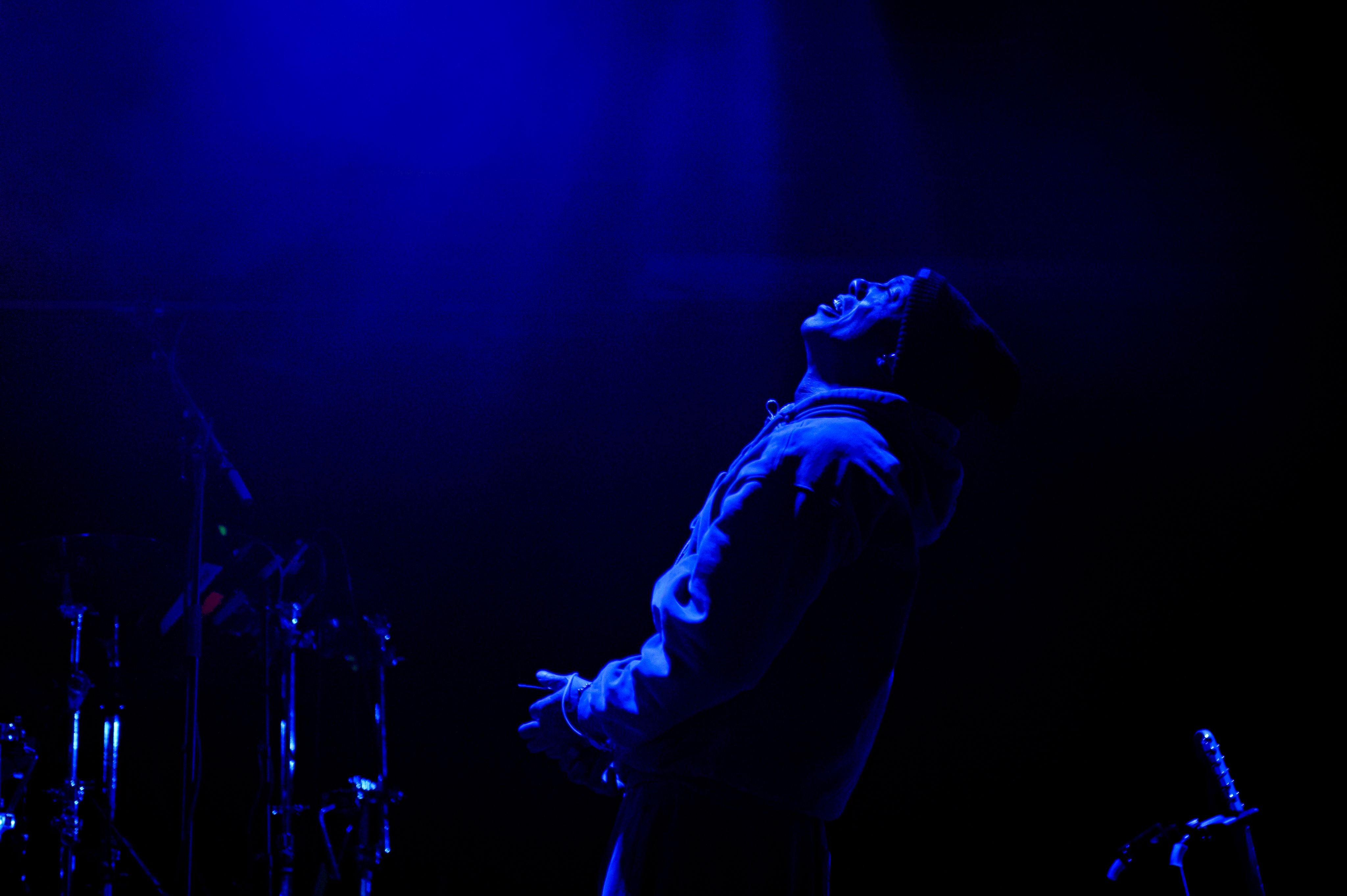 Tonight’s headliner is Tricky. I’d previously seen Tricky at Glastonbury in 1998 (yep, I’m that old…) and he’d been pretty outstanding. I did think it was a bit odd to have him following the Buzzcocks, but a bit of eclectic programming is to be encouraged, right?

Possibly not. Tricky’s band came on. They consist of two singers, a bassist playing what sound like guitar parts on her instrument, a drummer, and samples. Lots of samples. Tricky himself doesn’t appear, and the band continues to play. There’s nothing wrong with what they’re playing per se, but it is beginning to become extraordinarily dull. Eventually the band leaves the stage. It appears as if Tricky has brought his own support band. Well, good for him.

Eventually the band reappeared. The stage lighting, which was dim before, has now been turned off completely. Tricky has still not taken the stage. Is this darkness intended to increase the tension before he deigns to appear before us? Search me. 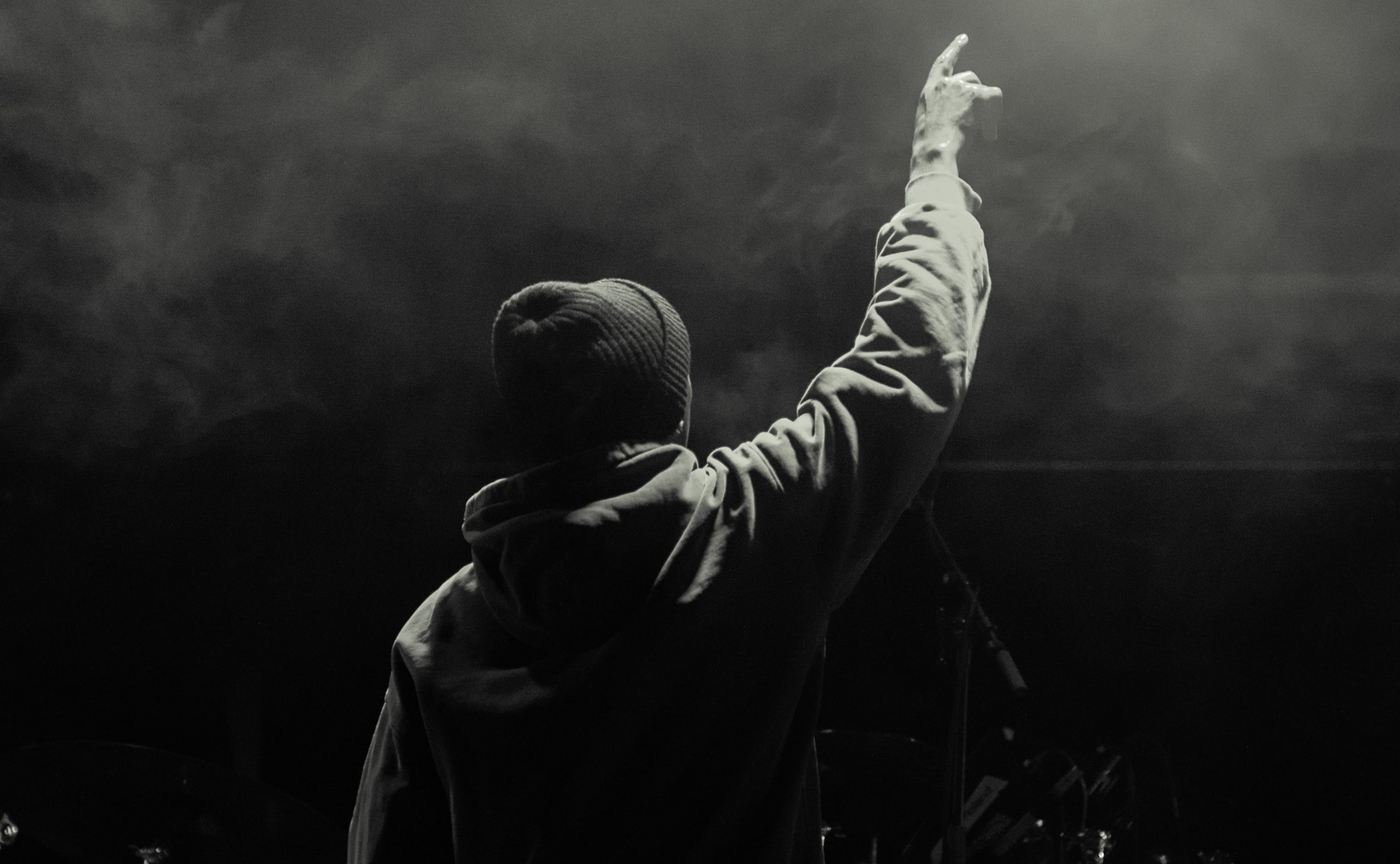 A male vocalist can suddenly be heard. Has the great man actually taken the stage??? In the total darkness it’s impossible to tell. Maybe it’s a guy from the open mic at the pub down the road. Much of what we can hear is fairly impressive however. Tricky effortlessly navigates different genres, but not being able to see the great man makes it about as entertaining as listening to a CD at home. Some things are less impressive: like the song that samples the backing track to Portishead’s ‘Sour Times’ for example.

So, what lies behind the perpetual (it seems to have lasted for hours) darkness onstage? Is it an artistic statement? Did they fail to pay the ‘leccy bill? We will probably never know. However, what I do know is that this may have worked well in a club environment after two or three heavily loaded spliffs, but a festival headlining set is something that it ain’t.

Read our report on Day Two of ‘Rockaway Beach’ HERE.

Read our report on Day Three of ‘Rockaway Beach’ HERE. 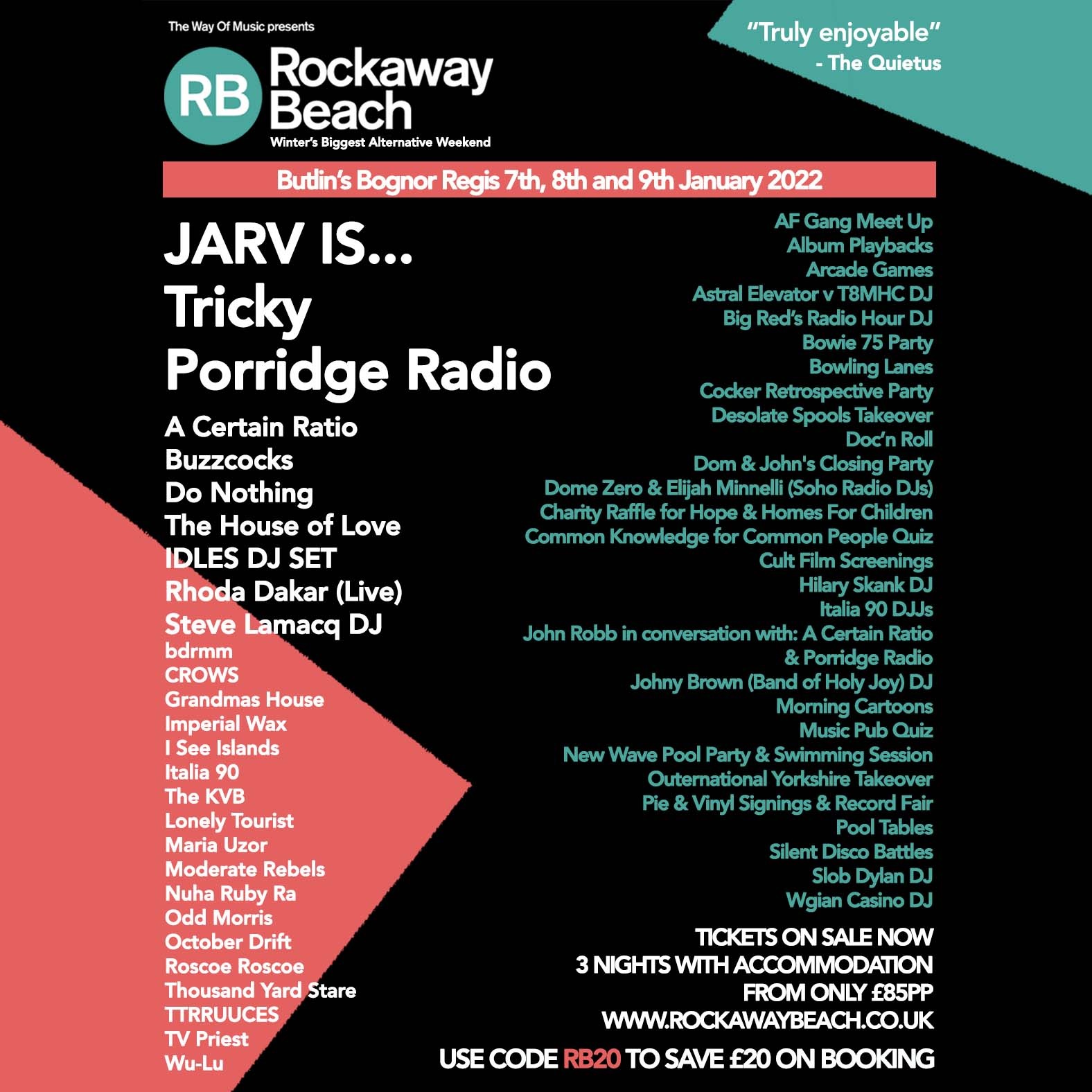