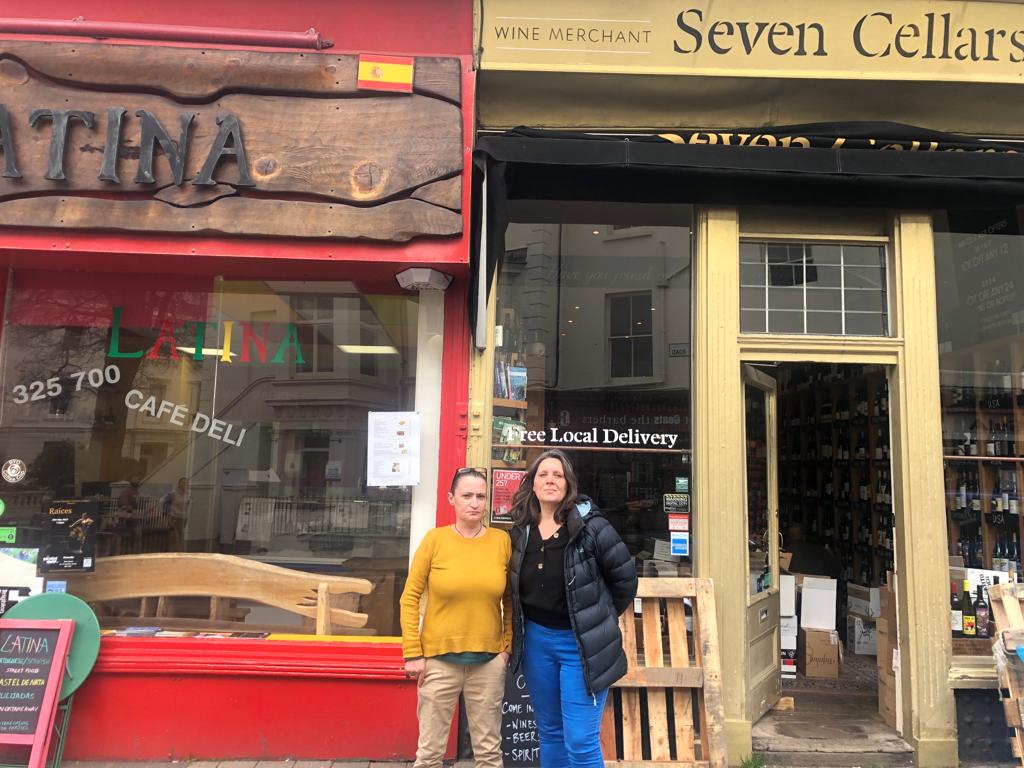 Almost 6,000 people have signed a petition against plans to turf out two independent shops to make way for an expansion of the Co-op supermarket next door.

The Seven Cellars wine merchant and Latina delicatessen on Dyke Road say the Co-op has already sent in architects and surveyors to measure up their shops.

Their landlord sold up to the supermarket chain in November – at around the same time plans by a separate company to put a three storey residential extension over the shops, which date from 1841.

Louise Oliver, who owns Seven Cellars, said: “There’s no appetite for a bigger Co-op in the Dials.

“What they’re hoping to do is to get us out of our shops with no compensation. They’ve told us they would prefer us to just get statutory compensation, which wouldn’t give us enough money to relocate – or even cover redundancy payments if it puts us out of business.

“But this is not about money because we don’t want to leave.

“It’s hard to find somewhere to move to because the Dials is busy and well supported so not a lot of people come and go.

“When you find somewhere you are lucky and you stay.

“The Co-op claims to be ethical, but they’re just as ruthless as any Tesco or Asda. There’s no such thing as them being nice.

“We didn’t even get a letter from them introducing themselves as our new landlords – just something telling us which bank account to pay our rent to.

“The at Christmas, their architects and structural engineers came in and we picking around, making detailed notes and measurements.

“We are stuck, not being able to move and find somewhere else, but also knowing that the sword of Damocles is hanging over us.”

However, a spokesman for the Co-op said it would allow them to stay until the end of their current ten-year leases.

A spokesman for Co-op, said: “Co-op is committed to serving and supporting the local community, including popular local independent businesses.

“We have had discussions with our neighbours who have leases in place which run until late 2025, and these will be honoured.

“At this stage we do not have any confirmed plans to extend our Co-op store.”

A few years ago, another independent trader in Brighton was almost evicted to make way for the expansion of another Co-op store.

The supermarket chain approached the landlord of the shop, which has asked not to be named, in February 2020, but the landlord gave the trader the option of staying – with an increased rent.

In 2019, the Co-op was given planning permission to expand its store in St George’s Road, into a unit which had been empty since 2017.

The restaurant 24 St George’s closed, blaming Brexit and Southern Rail delays. Owner Jamie Everton-Jones said he had been aware the Co-op wanted to expand, but this was not a factor in his decision.

The store has yet to expand.