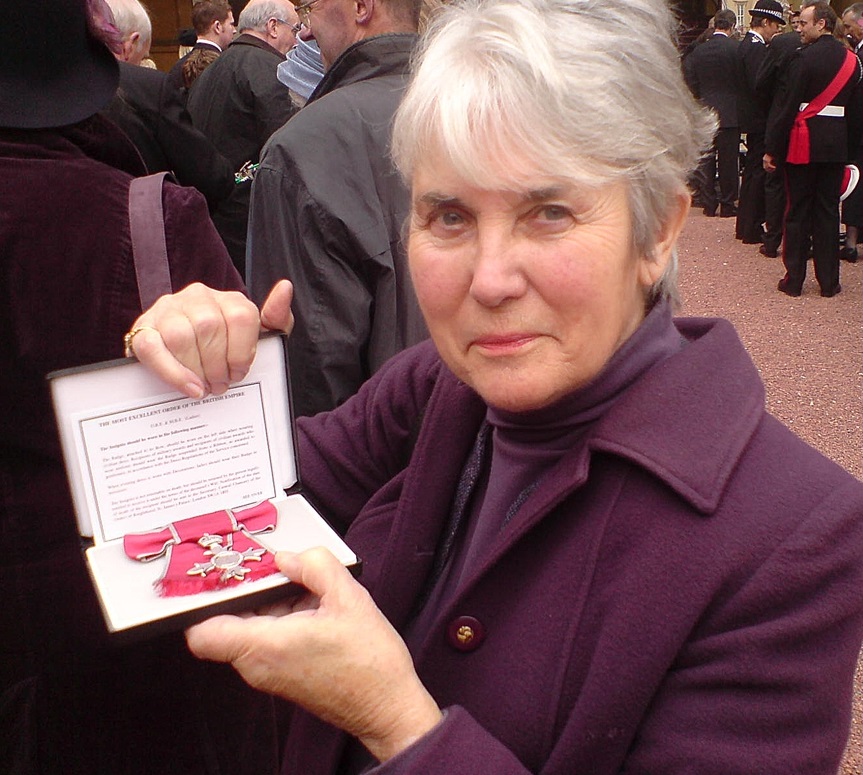 Selma Montford with her MBE

Tributes have been paid to the co-founder of the Brighton Society Selma Montford, who died peacefully at her home this month aged 87.

Mrs Montford was awarded an MBE in 2006 for “services to urban conservation in Brighton and Hove”, having helped preserved countless buildings from demolition or dereliction.

In 2002, The Argus described her as the “high priestess of the city conservation movement”.

Her first significant success locally came when she helped stop the demolition of much of Brighton Station’s historic structure, which prompted the launch of the Brighton Society in 1973.

She and John Morley, who was then director of the Royal Pavilion, Art Gallery and Museums, also began the Preston Society, which she helped lead for almost 43 years.

In the late 1980s, she was involved in fighting the Breeze into Brighton scheme, which would have seen the demolition of hundreds of houses, 19 of them listed, to make way for a road from the A23 to Bedford Square.

Their counter campaign, Freeze the Breeze, led to the launch of the Brighton and Hove Transportation Forum, which among other things argued for the introduction of bus and cycle lanes.

Fellow trustee Robert Edwards said: “I always felt that one of the most important things about Selma was her gift for the details and dynamics of human scale urban design.

“She was extremely perceptive and imaginative in judging the nature, character and effects of choices in purpose, infrastructure, usage, layout, furniture, materials, vegetation and features.

“This could be in commercial centres, streetscapes, vistas or leafy suburban lanes. She wanted the directly experienced and encountered environment to be practical, attractive, comfortable and stimulating; and for decoration to be thoughtful and respectful, however bold or whimsical.”

Mrs Montford began campaigning against ugly buildings in the 1950s, when she lived in London.

A trained artist, she sold work at the Royal Academy’s summer exhibitions and helped the Rolling Stones print some of their early promotional posters.

She played a leading role in ensuring the Brighton Bandstand – a picture of which is the Brighton Society’s logo – escaped demolition.

It had been neglected for so long that she was ultimately impelled to call roofers in herself one night to stop it collapsing completely! I recall her astonishment and relief when, in 2008, it was expertly restored after 30 years of campaigning.

Society member Ninka Willcock said: “It had been neglected for so long that she was ultimately impelled to call roofers in herself one night to stop it collapsing completely!

“I recall her astonishment and relief when, in 2008, it was expertly restored after 30 years of campaigning.”

She also wrote or co-wrote more than 20 books on the history of Brighton, and four illustrated books encouraging children to become “urban detectives”.

Chief executive of BHT Sussex Andy Winter said: “Selma was, for almost half a century, an outstanding servant of Brighton and its architectural heritage.

“Whether you agreed with her or not (and we had our disagreements over the years), one could not but admire her and have total respect for the integrity with which she fought to preserve the values she held so dear.

“Selma believed passionately in affordable housing. She was a long-term supporter of BHT Sussex from its establishment in 1968, showing that she cared not just for Brighton’s buildings but also for its people, not least the ones with nowhere to live.

“She had such high standards of herself, I felt that I might have occasionally disappointed her.

“There was something mischievous about her, and she would have a twinkle in her eye when confiding in you about some misdemeanour committed by others that she had uncovered.”

Mrs Montford died peacefully at home on Easter Monday surrounded by family. She is survived by her husband, Adrian, their four children and four grandchildren.

The Brighton Society have published a full tribute to her by Ninka Willcock here.