Craven Vale residents have criticised the council for repeatedly housing people with drink and drug problems alongside known dealers on their Brighton estate, leading to anti-social behaviour.

They spoke out a Brighton and Hove City Council housing panel meeting yesterday (Tuesday 17 May) at the Craven Vale Community Room.

And they urged the council to bring in improved pre-tenancy checks to protect the most vulnerable residents.

Tenants on the east Brighton estate said that they had had continuing problems with three drug dealers living in the area.

The council evicted two of the dealers but then housed two more on the estate and within days another vulnerable tenant was “cuckooed” – the name for criminals taking over someone else’s home.

The issues occurred when the council moved people who had been homeless on to the estate under its “Housing First” policy.

One of the aims of Housing First is to give homeless people with “complex needs” a place to stay while they are given help with their problems, such as drug addiction. The policy is intended to end a pattern of rough sleeping.

He said: “The council says past convictions are investigated. This did not seem to take place. We get the impression our knowledge is greater than the council’s on what these people are capable of doing.”

Mr Cooke said that he understood that people needed support to recover from drug addiction but those who were dealing drugs from council homes angered neighbours.

Leaseholders’ representative and Craven Vale resident Rosemary Johnson said that many of the homes made available to the council by leaseholders had been let to people who were vulnerable to cuckooing.

Ms Johnson said that some leaseholders let their homes back to the council if they were working away and had returned to find numerous problems if drug dealers were in their flats.

“If that happened to my flat, I would feel frightened, and it would be potentially dangerous for me to move back into it later.

“Why is it happening if a leaseholder sells or leases a flat back to the council, it turns into the latest drug den?” 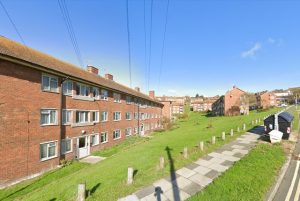 She asked whether leaseholders should be advised not to sell their flats back to the council or face inflicting drug dealers on their friends and former neighbours.

The council’s assistant director of housing Martin Reid said that the council had about 5,000 people on the housing register (or waiting list), 600 households in emergency accommodation and 2,000 people in temporary accommodation.

Mr Reid said: “We’ve got a few examples where it has gone wrong and we are working hard to try to resolve them.”

He wouldn’t want the Housing First programme – a council project in partnership with the government and Homes England – to be labelled as housing drug dealers, he said.

Most people housed through the scheme had successfully “broken the very difficult cycle” to keep their tenancies, he added.

She called on the charity St Mungo’s, which has a contract to provide support for homeless people in Brighton and Hove, to sit around a table with police, residents and councillors to solve the problems.

Councillor Williams said: “They should be around the table with us and telling us what they’re doing, not doing or what they should be doing.

“Maybe they need to learn when they’re looking at putting these people, who are vulnerable and preyed upon immediately.

“What’s going on to assist these people because it’s clearly not working for some reason or another. They need to be taking some responsibility because these people are supposed to be getting wrap-around support.”

Head of tenancy services Justine Harris said that the council was working with the police and community safety teams to deal with the issues in Craven Vale.

She said: “We have St Mungo’s around the table. They have attended a community meeting at Craven Vale. We hope to have another.

“If we know there is a particularly sensitive let going on, we are working together with services, looking at where they’re moving, how it’s going to work and how we’ll communicate if there are any issues.

“Most Housing First is working very well. It’s more than unfortunate that we have a group on the estate at the moment.”