Plan for decking outside town hall to go back before councillors

Rain stopped play when councillors listened to the case for decking outside Hove Town Hall.

Discussions about co-working company Platform 9’s proposals to instal decking next to its entrance at Hove Town Hall ended when rain started pouring through the ceiling of the council chamber.

The application is due back before Brighton and Hove City Council’s Planning Committee next week, with officials advising councillors to grant planning permission.

The committee heard presentations for and against the scheme at its last meeting on Wednesday 8 June so they seem unlikely to be repeated next week.

He was concerned about the loss of trees, the effect on nearby listed buildings and “encroachment” on public space.

He said: “The area will be for the use of Platform 9 members only and therefore residents will see encroachment and the loss of a large area of green planting to have space taken by private member only seating on the proposed decking.

“In effect, pay to sit is hardly a sensible swap. The proposal would, in effect, extend the applicant’s private member internal space by encroaching on the public realm.

“The area is not part of Platform 9 nor is it vacant land. It is public space by design and intended to offer respite from the main road and nearby street scene.”

Platform 9’s agent, Architecture of Calm director Scott Currie, said that there were 18 letters supporting the application, including one from the Labour MP for Hove, Peter Kyle.

The issues raised in one letter objecting to the scheme had been dealt with, Mr Currie said, and the plan aligned with council policies.

James Forbes, from the council’s Conservation Advisory Group, said that its members “regret” the proposals for festoon lighting. 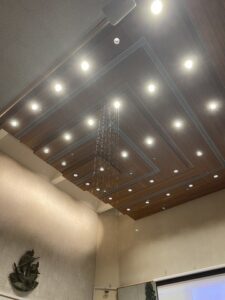 Labour councillor Clare Moonan, who also represents Central Hove, asked about the hours of use, saying that there was no reference to opening times in the Planning Committee’s meeting papers.

She said: “It’s quite important because there’s a restaurant there. I do have concerns if potentially the decking is used right into the evening. It could cause a lot more disturbance to residents.”

Labour councillor Daniel Yates asked how Platform 9 would secure tables and chairs as he was concerned about a private company using public space.

The Planning Committee is due to finish the debate at Hove Town Hall on Wednesday 6 July. The meeting is scheduled to be webcast on the council website.