Brighton and Hove Albion are reported to have told at least one Premier League club that they will have to pay £100 million to sign the midfielder Moises Caicedo. 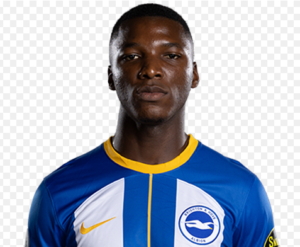 According to The Times, Albion told Chelsea – now managed by former Brighton boss Graham Potter – that was the minimum price for a transfer deal in the summer.

The newspaper reported that the Blues made an approach last week, offering £55 million, and Arsenal have also signalled their interest.

But Brighton are keen to hang on to the 21-year-old Ecuador international in the current transfer window which closes at 11pm next Tuesday (31 January).

Caicedo cost less than £5 million two years ago when he joined from the Ecuadorian club Independiente del Valle.

He told the Albion website yesterday that, despite the speculation about his future, he was happy “playing for the club that opened doors for me”.

Caicedo has been almost ever-present since his Premier League debut in April last year and has made a name for himself as one of the best young midfielders in the Premier League.

He said: “I am focused on Brighton. I am here. I’m playing every day. Things from outside don’t trouble me nor does it take that focus away because I’m focused only on here.

“I handle (the speculation) well. You hear rumours here and there but I only try to be focused on the club where I am now, the club which opened the doors for me to be playing every week.”

Caicedo has continued his impressive club form since his return from the World Cup with Ecuador but said that he had struggled with one aspect.

He said: “The most difficult part for me was getting used to the cold again – nothing else! For the rest, I have been focused on doing things very well and to be up there fighting for a good position with Brighton.

“We are getting better all the time. There’s an evolution with every match – we all understand each other better. The coach is giving us that confidence to always do things well on the pitch.

“Roberto (De Zerbi) has really helped me in bringing the ball out from the back and I think I have learned it well.

“I enjoy playing the ball out from the back. We do it well, coming out from deep positions. It is his preferred system and I’m enjoying it.”