A community champion who was “one of a kind” has died after many years spent giving city tenants a voice. 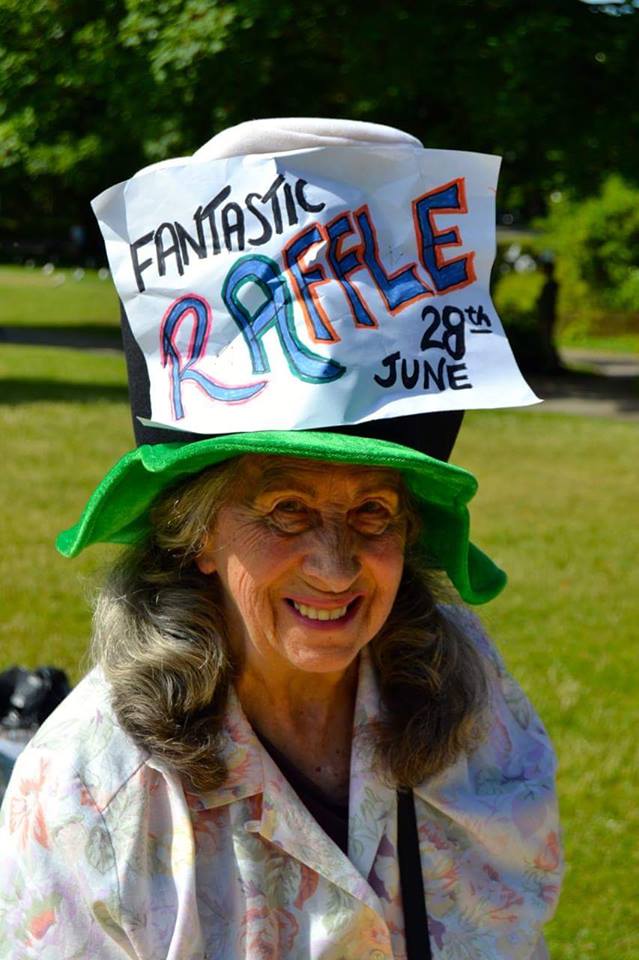 Ann at the Picnic in the Park raffle, By Gail Woodcock

Ann Ewings, who passed away at her home in Tyson Place, Grosvenor Street, was known to many in the Queen’s Park neighbourhood as the organiser of the annual Picnic in the Park raffle.

Park users would often spot her feeding the ducks, and leaving nuts stuck in trees for squirrels to find.

She was also the chair of the Mount Pleasant Tenants Association, a trustee of the Brighton Resource Centre and a member of the Kemp Town Conservatives. She served as PA to the former Brighton Kemptown MP Sir Andrew Bowden.

Cllr Dee Simpson, who met Ann around the time she became a councillor in 2003, said: “I knew Ann because she was a very strong Conservative and volunteered with us for years. As long as I’ve been a councillor, she’s been there.

“She used to fundraise and stand up for tenants’ rights. She was a very strong in her convictions and you didn’t argue with her. If she wanted something she went for it, and fought for it. She never backed off.

“I can imagine when she was going into places for her raffles, people gave to her because of her attitude.

“She was in Queen’s Park and she did campaign for tenants to have a voice in the city. She was a strong voice for them. She didn’t take any prisoners.”

Kate Page, from the Brighton Resource Centre, of which Ann was both a trustee and a regular user, said: “Ann was a real character, she was one of a kind. She was really dedicated to helping people and sorted things out and put a huge amount of effort into the tenants association.

“She could be quite independent and single minded about what she was doing. Her heart was absolutely in the right place and she worked really hard to sort things out and improve the conditions of the housing.

“Once she got her teeth into something she wouldn’t let it go. She would be here making lots of phonecalls and following things up until people agreed.

“She would come in a write her minutes or get posters and leaflets printed for the association.

“She must have been using the centre for about 20 years and she’s been on our committee. It was a real shock to use all when she died because she was one of those people who you thought was going to go on forever. It has left a hole and she will be missed.”