Brighton MP to host A27 visit by ‘cock-a-hoop’ minister

Brighton Kemptown MP Simon Kirby is due to discuss the case for widening the A27 with Junior Minister Penny Mordaunt today (Monday 1 December).

The Conservative MP is meeting Miss Mordaunt, the Minister for Coastal Communities, in his capacity as chairman of the A27 Reference Group. 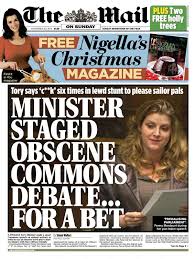 He is keen for the A27 to be widened between Lewes and Polegate, in part to relieve pressure on the A259 seafront road which is often jammed at Rottingdean and Saltdean.

His hopes were raised three weeks ago when the Prime Minister David Cameron addressed the CBI annual conference. He promised that the autumn statement would include “the biggest, boldest and most far-reaching road improvement programme in four decades”.

Mr Cameron said that his “roads revolution” would include “improvements to … the A27 on the south coast”.

Miss Mordaunt is due to meet Mr Kirby in Eastbourne the day after she appeared on the front page of the Mail on Sunday.

The newspaper accused her of staging an “obscene Commons debate … for a bet”. It said that she squeezed the words cock, lay and laid – and variations on them – into a speech purportedly about the welfare of poultry.

The Mail on Sunday described Miss Mordaunt as “a refreshing change from most MPs, blessed with a sense of humour and lacking self-importance”. But it criticised her for “treating Parliament as a joke”. 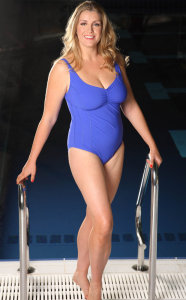 She also attracted criticism earlier this year when she appeared on the ITV diving contest programme Splash.

Mr Kirby, a former Brighton and East Sussex councillor, said: “I have been lobbying the government repeatedly on behalf of my colleagues in East Sussex as chairman of the A27 Reference Group.

“With an announcement on funding due shortly, I am looking forward to putting the case to the minister and I hope she will come bearing good news.”

He said that improving the A27 was predicted to make a huge positive difference to the economy in East Sussex.

It would boost inward investment as well as easing pressure on other roads in Brighton Kemptown and Peacehaven such as the A259.

He added: “I will continue to make the case right up until a decision is made one way or the other and it is great to have the opportunity tomorrow to show the minister at first hand just how beneficial improving the A27 could be for the local economy.”