The Albion gave a little more back to the community today (Sunday 21 December) as they laid on an afternoon of fun and adventure for Junior Seagulls members.

Face painting, cake decorating, a magic show and a soft play area were also available in the various West Stand lounges as the club catered for all tastes and age groups.

Seagulls striker Sam Baldock told Brighton and Hove News that he had not been involved at such an event to such an extent at his previous clubs.

When questioned, Baldock also told Brighton and Hove News that “he was not quite there” and didn’t expect to be fit for the Boxing Day match against Reading.

He did, however, delight young fans by getting involved in a “Sonic the hedgehog” competition on a Wii console in the Juice FM Lounge. 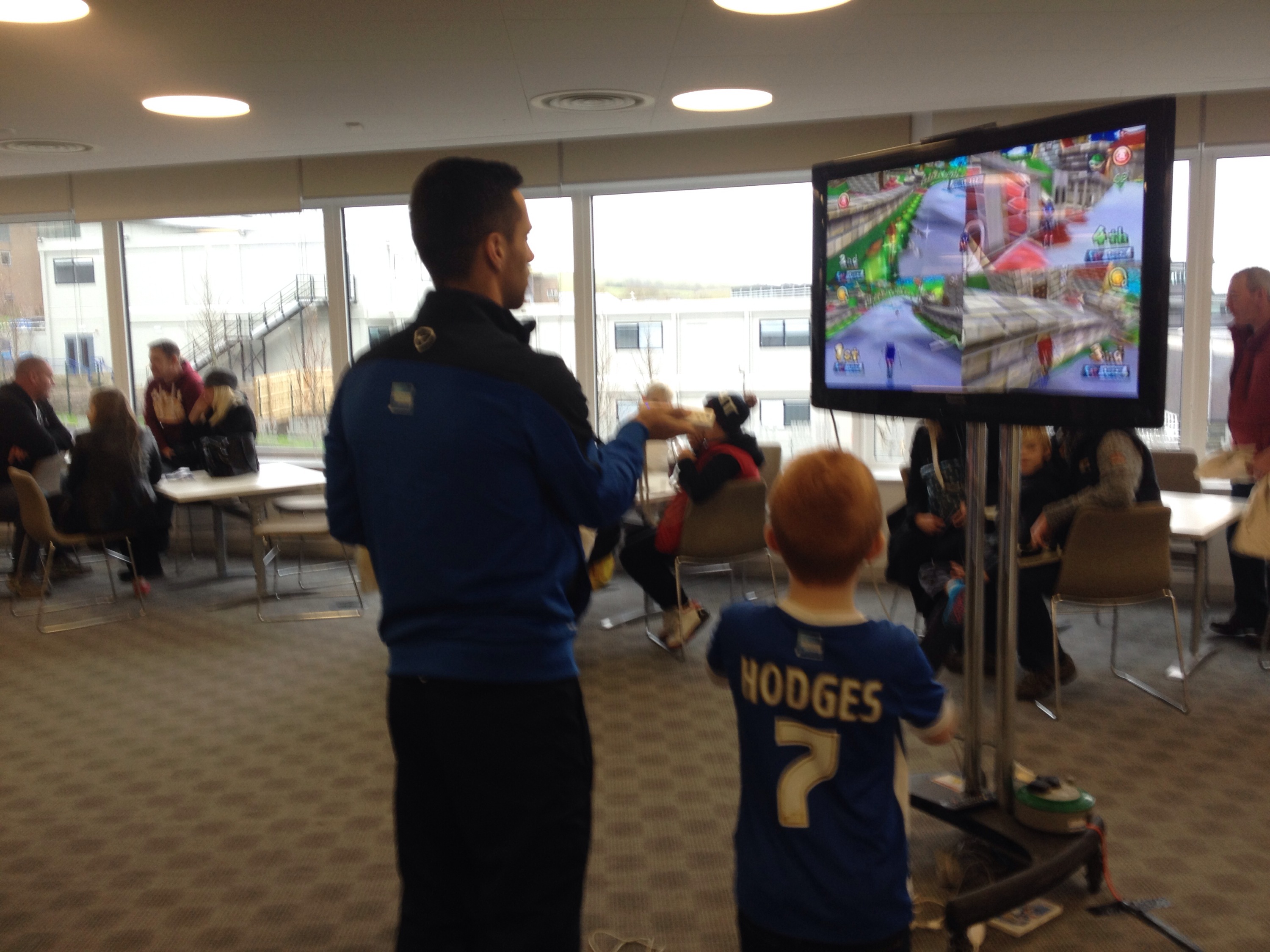