A Brighton primary school requires improvement, according to the official watchdog Ofsted.

The rating – one above the lowest grading of inadequate – follows an identical rating almost exactly two years ago for Coombe Road Primary School.

The school, in Coombe Road, Brighton, is being run by executive head Stuart McConnachie, who was brought across from Coldean Primary School. The move follows the departure of the previous head teacher Dennis O’Sullivan.

The report was published by Ofsted on Friday 13 February after a two-day inspection on Thursday 22 and Friday 23 January. 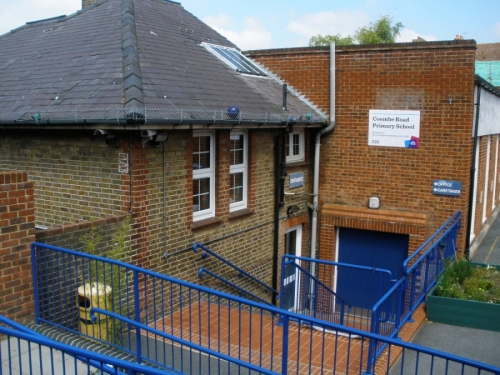 “The gap between the achievement of disadvantaged and other pupils is too wide.

“Teachers’ expectations are not always high enough and so pupils do not make consistently good progress across the school.

“Not all teachers successfully implement the agreed whole-school approaches to teaching. As a result, pupils do not always learn as well as they should.

“Sometimes lessons do not fully engage and motivate pupils and they can get bored and restless. Sometimes behaviour slips as a result.

“Marking and feedback do not always inform pupils about how to improve their work or challenge them to move to the next steps in learning.

“The early years provision requires improvement as not enough children are making the progress they should.

“Leaders at all levels, including governors, have not been fully effective in securing improvement.

“The governing body has not held the school to account for its performance with enough rigour.

“A small number of pupils do not attend school regularly enough.”

Ofsted said that the school also had some strengths.

The watchdog said: “The executive head teacher has injected a renewed determination in the school to provide the best possible learning and experiences for pupils.

“He provides inspirational and motivating leadership and has rapidly made significant changes to improve the school.

“Writing is taught well and pupils make good progress in this aspect of their work.

“Attainment at the end of Key Stage 1 has been rising steadily in English and mathematics.

“The school looks after pupils very well and they feel safe. It is a caring place for pupils to learn.

The school has 267 pupils, according to Ofsted, down from 320 when the school was inspected two years ago.