Hove MP Mike Weatherley is due to speak about his cancer diagnosis and surgery in the House of Commons today (Monday 23 February).

The Conservative MP has secured an adjournment debate to try to raise awareness of oesophageal cancer.

He said that he also wants more resources, mainly to fund a faster and more efficient diagnostic procedure.

The two aims are among seven improvements that he is recommending to the Department of Health. 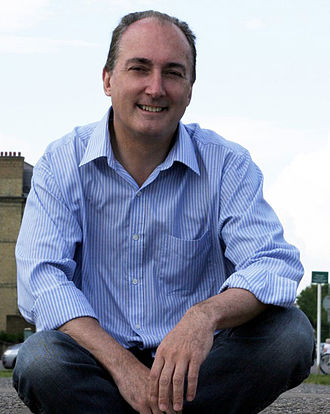 Mr Weatherley plans to touch on the Twitter trolls and others who sent him death threats while he was undergoing life-saving surgery.

He said that some tweeted “get cancer!” And he added: “I wanted to reply, saying ‘too late – already have it’.” He resisted the temptation.

Mr Weatherley was elected to Parliament in 2010. Less than two years later he was under the surgeon’s knife having his oesophagus and part of his stomach removed.

Until then he had been taking antacids after initially being told he had excess stomach acids.

Last month a public health campaign urged people with persistent heartburn to see a doctor because it can be a symptom of cancer.

Public Health England said that about 12,900 people in England have oesophago-gastric cancers diagnosed each year – and every year about 10,200 people die from the disease.

Oesophago-gastric cancers are the fourth and fifth most common cause of cancer death in men and women respectively.

It has been estimated that about 950 lives a year could be saved in England if survival rates for oesophago-gastric cancers matched the best in Europe.

Mr Weatherley said: “My father said to me that being born in the UK is like winning the lottery of life.

“He was completely right and I am alive today because of our wonderful NHS.

“I wanted to have this debate in Parliament to highlight the devastating impact that oesophageal cancer has on people across the country but also to demonstrate as living proof that the healthcare in this country is worth every penny.”

He added: “While the NHS does a fantastic job treating cancer patients, more can be done to improve the services that are available.

“I have seven improvements that I am recommending to the Department of Health.”

Mr Weatherley plans to tell fellow MPs this evening: “About 85 out of every 100 people will die within five years.

“To put that in a personal perspective, the statistics are that if I survive another three years I will be part of a very small minority of 15 per cent who survived.

“When people ask why I am leaving Parliament after one term I answer that one of the reasons is that, with a probability that high, I will not see out another parliament.

“I am not prepared to be locked within eight minutes of the division bell for what could be, in effect, the short time that is the rest of my life.”

He also plans to thank the surgeons and others who saved his life including his partner Niki Haywood.