One of Brighton and Hove’s most colourful and irrepressible characters Brian Ralfe has died aged 70.

He is believed to have suffered a heart attack in his hotel room yesterday (Tuesday 10 March) while on holiday in Egypt. 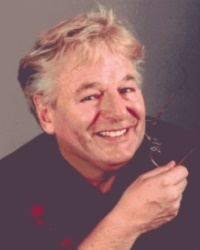 Mr Ralfe, who grew up in Bevendean and lived in Eaton Manor, Hove, was the producer of the annual Brighton Alternative Pantomime – renowned for its ribald script and high camp performances.

This year’s adult panto – the Magical Road to Oz – was billed as a production for friends of Dorothy.

It was staged in a town with a thriving and open gay scene in contrast to the repressed era – even in a raffish and liberal Brighton – before homosexuality was legalised.

Mr Ralfe served in the Falklands War in 1982 and stood for Parliament and the council as an Independent candidate in a succession of general and local elections.

He won just 47 voted in the October 1974 general election when he contested Brighton Kemptown.

He stood for Brighton and Hove City Council in Brunswick and Adelaide ward in 2007 and polled 152 votes. In Queen’s Park ward in 2011 he won 155 votes. It was never about the winning.

To paraphrase Samuel Johnson on the death of the actor David Garrick, Mr Ralfe added to “the gaiety of nations”. His passing “impoverished the public stock of harmless pleasure”.

Friends and family are trying to repatriate Mr Ralfe’s body and make arrangements for his funeral.