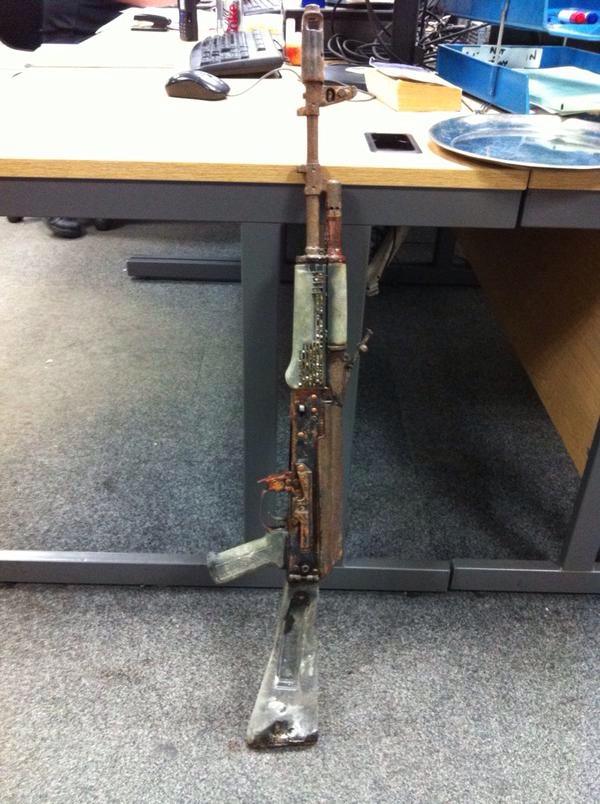 ﻿Brighton police are investigating how an AK-47 assault rifle came to be washed up on the beach.

A member of the public found an item on the beach at Peacehaven at the weekend which is believed to be an AK-47 assault rifle.

After being handed in, the Section One firearm was secured pending further enquiries.

Chief Inspector Dave Padwick, of the Brighton Neighbourhood Response Team, said: “It is illegal to own such a weapon in the UK.

“It appears it was washed up on the tide. There was no ammunition with it.

“It will now be subject to a full examination as we try to establish its provenance. However, at this stage it is not believed to be linked to any crimes.”