Officers investigating the murder of German student Janet Müller, whose body was found in a burning car in Ifield on Friday 13 March, have released video stills and footage of her in Portslade the night before her death. 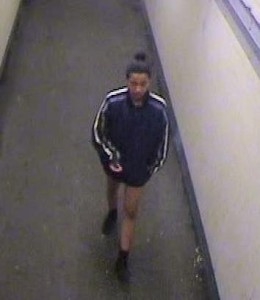 Detective Chief Inspector Karen Mizzi, who is leading the investigation for the Surrey and Sussex Major Crime Team, said: “We are extremely grateful to Janet’s family for their co-operation in agreeing to allow release of these images, which are the last known of Janet before she died.

“We are very keen to learn about her last movements between leaving Mill View Hospital and the discovery of her body in Ifield on Friday 13 March.

“The images show her walking in Portslade – in a subway at 10.33pm on Thursday 12 March, the second in Station Road at 12.28am and the final one walking east towards Brighton and crossing Sackville Gardens near the BP garage at 12.55am. 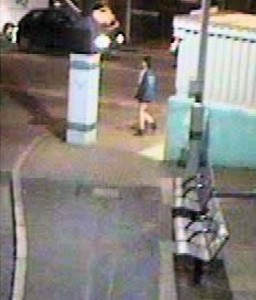 “If you saw her in the area around those times or perhaps a little later, please email 101@sussex.pnn.police.uk or call 101 quoting Operation Madeira. Even if you think you may have seen her or that your sighting was only brief, please do call as your information could prove very important to us.”

Christopher Jeffrey-Shaw, 26, of Lakeside, Beckenham, London, has been charged with her murder. He will appear at Guildford Crown Court for a preliminary hearing on Thursday 9 April.