A 50-year-old Hove man was caught travelling at 75mph along the Old Shoreham Road close to Hove Park School. 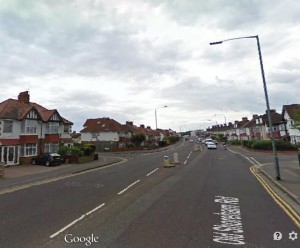 The motorcyclist, who was riding a Triumph Spring ST motorbike, was speeding at more than twice the 30mph limit when he was spotted close to the Weald Avenue Junction at 2.30pm on 19 April.

Sussex Police has reported him for summons for speeding and having an illegal numberplate.

The men were stopped during a Europe-wide week of action by police forces across the continent that focused on the issue of speeding.

Dedicated patrols were sent out in Sussex and static checks were set up at speeding hotspots.

During the week 257 motorists were dealt with for speeding. 14 of them were given a verbal warning at the roadside and 16 were travelling so far above the speed limit that they were immediately told they would be summonsed to appear in court.

The remaining 227 have been told their cases will be assessed to determine what action should be taken against them. Some will be offered the chance to go on a speed awareness course, some will be given a fine and points for speeding while others will be summonsed to appear in court.

Anyone that takes up the chance to go on a course but does not complete it, or who does not pay their fine, could be ordered to appear in court.

Sergeant Carl Knapp, of Sussex and Surrey roads policing unit, said: “All we ask motorists to do is to stick to the speed limit but some people still believe that the law does not apply to them.

“Officers are out every day looking for those who put other road users in danger through their driving and we will continue to run targeted operations like this to catch offenders.

“Speed limits are there for a reason. The quicker you are travelling at, the shorter the time you have to react to anything that happens around you and the greater the chance of you being unable to avoid a preventable accident. It is better to get to your destination late than not at all.”

If you see someone driving antisocially, report it at www.operationcrackdown.co.uk or email 101@sussex.pnn.police.uk.

If you see someone driving dangerously, call 999.