Burglars broke into five Hove businesses in one night, stealing petty cash and even a charity pot. 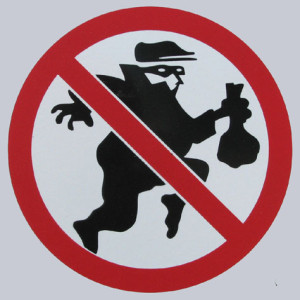 Staff at an estate agent, a cafe, two law firms and a mortgage company all came to work last Tuesday morning to find their workplaces had been hit.

And another business, an accountants, was targeted but the burglars failed to gain entry.

On duty responding to several reports of breaks to business premises overnight in Hove. Worth double checking your current security measures

Police believe that not all the incidents were linked, with some carried out by a pair of mixed race men and others by a tall white man.

The following businesses were targeted:

A police spokesman said: “Initial investigations indicate that not all of the offences were committed by the same offenders.

“Suspects include two mixed race men at one of the locations and a slim white man about 6ft tall wearing a hooded top, gloves and trainers at another.

“Anyone who witnessed anything suspicious in the area overnight on Monday or into the early hours of Tuesday is asked to email 101@sussex.pnn.police.uk or call 101 quoting one of the serial numbers above. Alternatively, you can call the independent charity Crimestoppers anonymously on 0800 555 111.”