Police are appealing for witnesses to a robbery of a 17-year-old girl who was attacked in Melville Road, in Seven Dials on Friday, May 1. 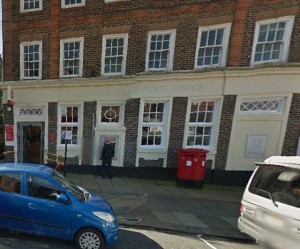 The victim, from Arundel, was getting money out of the cash machine at the post office at around 11pm when she noticed someone stood behind her.

The suspect, described as a teenage girl, pushed her, hit her in the head and demanded money and took the cash she had taken from the machine. The suspect was last seen in Windlesham Avenue.

The victim suffered bruises but did not require any medical treatment.

Detective Constable Rachel Piggott said: “Thankfully the victim was not seriously injured but was extremely shaken by the ordeal.

“The suspect was aged between 15 and 16 years old. She was white, between 5ft 5in and 5ft 7in, of slim build and was wearing a dark hooded top or jacket and had a snake bite piercing which are two studs on either side of her lower lip.