Health visitor struck off after failing to spot baby’s bruising

A Hove health visitor has been struck off this month after an investigation into a pair of baby twins’ injuries uncovered a catalogue of shortcomings on her part. 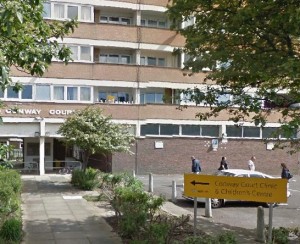 The five-month-old twins were taken into police protection in November 2012 after being taken to A&E with bruising to one twin’s face and a tear to the other’s genitals.

Marie-Anne Clark, 61, had been assigned as their health visitor following a domestic violence incident the previous month, and during a family court hearing in 2013 it became clear her care fell short of what was expected of her.

The court was shown a photograph of one of the babies lying in her weighing scales with bruising on his cheek, which Ms Clark had not herself documented.

Ms Clark, who worked from the Conway Court Clinic, was then suspended by the Sussex Community NHS Trust and sacked three months later.

The NMC conduct and competence committee heard that during interviews, she said she had not seen bruising because she had not expected or looked for it.

The report of the hearing says she also said she did not feel in control of the visit “because the mother and her friend, who was also present, were ‘very strong women’.

“The mother and her friend dressed and undressed the babies and the registrant saw them naked when they were being weighed but had limited physical contact with them.

“She was not concerned about this at the time because, during her visit on (Tuesday) 2 October 2012, she had formed the impression that the babies were well cared for.”

The report also noted that she had failed to address concerns the babies were being fed with the bottle propped up in their mouths, which can lead to suffocation.

Other failings included not visiting a child after it badly broke its arm, not reporting a suspected sexual abuse to social services and allowing clients to strike up a personal relationship with her, even getting her partner to do DIY for one family.

The hearing heard concerns about record keeping had been raised four times from 1994 onwards before she was put on a final support plan in 2003, with a disciplinary hearing in 2005 over allegations of failing to analyse and identify risk, issues with care planning and her identification of and response to child protection issues.

The panel explained why they struck her off, saying: “Highly vulnerable clients and their children were put at risk of serious harm.

“The registrant was in a responsible position, being the single point of contact for her clients with some of those being from targeted families … There are deep seated attitudinal issues relating to maintaining professional boundaries, asking difficult but necessary questions and escalating concerns.”

Ms Clark was not present at the hearing, and wrote to the NMC to say: “Having been working as a health visitor since 1986, I am de-skilled in all other areas of nursing and so would require return to practice updating. At 61 years of age I have no desire nor need to re-enter the profession.”

A spokesperson for Sussex Community NHS Trust said: “The protection and safeguard of all children is of paramount importance to SCT, and appropriate measures are in place to support staff working with vulnerable children and families. We note the NMC decision in this case, following our referral to them in response to renewed concerns about Ms Clark’s practice.

“The NMC have spoken about previous concerns about Ms Clark’s practice, which had been dealt with in line with our HR policies. Measures were in place to monitor Ms Clarks’ performance. We regret that her practice continued to cause concern, despite the additional support that was provided.”