A man from Hove has been jailed for sex attacks on two women more than 20 years apart.

Graham Cleaver, 59, who grew up in Hangleton, was jailed for 10 years by Judge Richard Hayward at Lewes Crown Court today (Tuesday 19 May).

Cleaver was convicted of four counts of indecent assault against a girl who was between 15 and 17 years old at the time of the offences. The attacks happened at an address in Hove between dates in 1972 and 1974. 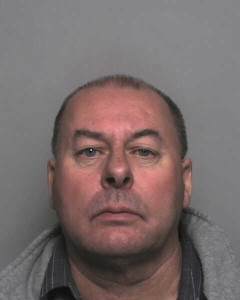 He was also convicted of six counts of indecent assault and one of attempted rape against a girl who was aged between 7 and 12 years old. The offences took place at his current home in Dovedale Gardens, Eastbourne, between dates in 1994 and 1999.

He knew both girls before the attacks started, the court was told.

The jury at Lewes convicted him after an eight-day trial which ended yesterday (Monday 18 May).

Detective Constable Rex Petty, of the Brighton Safeguarding Investigations Unit, said: “These offences first came to light when the older woman came to us in 2011.

“A careful and thorough investigation followed to uncover the whole truth of what had happened.

“Cleaver denied everything all the way through.

“This was a retrial as a jury had failed to agree at a previous trial and acquitted him of raping the older woman when she was a teenager.

“However, the two victims continued to support the prosecution and, with their evidence, the case against Cleaver was finally proved.

“This is another example of the way in which we can support victims and help them obtain justice, even after many years.”