The owner of Anston House – regarded by some as Brighton’s ugliest building – are to ask the site’s neighbours for help as plans for its future are shaped.

Property group First Base bought the Preston Road site from receivership and is working with Hyde Housing and architects Conran and Partners.

They hope to avoid the same fate that befell the previous owners. Urban Splash and Investec put forward a proposal for 230 flats in two 15-storey towers on the site but the neighbours objected and Brighton and Hove City Council rejected the plans.

The office block has been derelict since the 1980s but members of the council’s Planning Committee said that they weren’t prepared to accept an unsatisfactory scheme for the 1.5-acre site.

A public consultation – the first of a series of events – is due to take place today (Thursday 16 July) at the Jury’s Inn, in Stroudley Road, Brighton, from 3pm to 7.30pm.

First Base said: “First Base and the Hyde Group have recently purchased the site and we have begun looking at possible options for the future development of the site, including the potential to create new homes.

“We know there is a well-established community in the local area and it is important that whatever we create fits in well. 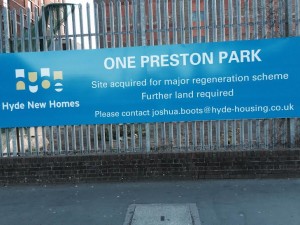 “We are organising a public consultation event which is scheduled to take place on Thursday 16 July and we want to hear about what you would like to see in this neighbourhood and what we can do to improve the area for the benefit of everyone.”

According to Estates Gazette, the owners are planning to build about 200 homes on the Anston House as part of a £100 million mixed-use development.

It is the first foray outside London for First Base and the company hopes to complete work on the site in 2017.