A father of four from Brighton and Hove is expected to learn whether his two-year-old daughter will be adopted today (Wednesday 22 July).

A High Court judge, Alison Russell, must decide whether to make a permanent adoption order because the child cannot safely be entrusted to her father’s care.

In an earlier case a Court of Appeal judge, Andrew McFarlane, and two colleagues offered fresh hope to the father. 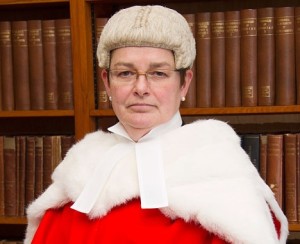 The court praised Brighton and Hove City Council for helping to open the way for a rethink in the case despite the reservations of social workers.

The council’s social workers started care proceedings when the infant – referred to as W – was just four weeks old. She was born in November 2013.

Lord Justice McFarlane said: “Care proceedings were commenced when W was only four weeks old following concern about a suspected fall that the baby had had and as a result of growing local authority anxiety as to the father’s ability to cope with the care of all of the children.”

The judge said: “Unfortunately the mother had for some time had substantial difficulties with her mental well-being and, as a result, she accepted that she was unable to care for the children.”

He quoted a judgment by District Judge Paul Gamba given at Brighton County Court: “It is clear from the evidence that the father offers good enough care for the children.

“I think that it is in fact more than this. I feel it is very good care.

“I am satisfied from the evidence that the father has separated from the mother and has reached a turning point, recognising that he must concentrate on the care of the children to the exclusion of his relationship.

“I am satisfied that he is intending to address his difficulties and has started to do this by engaging in counselling. 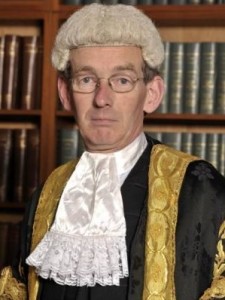 Lord Justice McFarlane said: “The district judge’s judgment runs to just over 23 pages. Twenty-one of those pages set out his analysis of the evidence and his conclusion with respect to the three older children.“The section with respect to W runs to only two pages, one page of which is occupied by the text of Adoption and Children Act 2002.

“Indeed, the district judge’s total analysis with respect to the outcome for W is contained entirely within the compass of the following three sentences.

“‘I feel that the father does have further work to do in relation to his own situation and that coupled with the care of the three older children will occupy his time fully.

“‘I feel that the risk to W of returning to the father’s care at this time is too great for the reasons given by the guardian and (an expert) and that therefore the only order to be made in her best interests is as sought by the local authority for a placement order.

“‘I also consider that the welfare of the child requires me to dispense with the consent of the parents.’

“This court has now been told that the father’s counsel advised that there were no grounds of appeal. Nevertheless the father issued his own notice of appeal.”

The appeal was heard at Brighton County Court by Judge Stuart Farquhar on Wednesday 12 November 2014.

As a result the father was able to contest the council’s application for an adoption placement for his daughter.

The hearing was scheduled for Monday 18 May, with social workers having placed the child for adoption with a couple.

The father was due to learn whether the adoption would go ahead at the High Court today.

Although the identity of the children is protected by law, Ms Justice Russell was expected to make her decision public.

The council’s executive director of children’s services, Pinaki Ghoshal, said: “The safety and welfare of vulnerable children is always our top priority and our primary focus.

“Our social work teams work very hard behind the scenes, without fuss and often in very difficult circumstances protecting hundreds of vulnerable children and helping families who are experiencing difficulties.

“When it comes to ensuring the safety and welfare of children we work to the principle that ultimately the rights of the child outweigh the rights of a parent.

“We have to weigh potential risks to a child against the stated interests of their birth parents, particularly in instances where children may have spent considerable lengths of time living outside the birth family and have thrived as a result.

“This is often a very complex process.

“We always try to keep families together wherever possible. Taking children into care and / or pursuing adoption for them is strictly a last resort that can only happen when a judge believes that it is not safe for a child to continue living with its parents.