Brighton and Hove Albion midfielder Beram Kayal has given his support to a campaign to raise awareness about skin cancer.

The 27-year-old footballer has teamed up with Albion in the Community to promote the use of sunscreen as part of the campaign.

They aim to encourage local footballers at every level of the game to take care during pre-season and early-season training sessions. 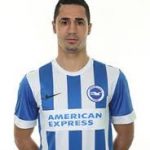 Albion in the Community is working with Brighton and Hove City Council and the local NHS on the Speak Up Against Skin Cancer campaign.

They said that the message was particularly relevant because Brighton and Hove suffered from the 14th highest rate of new cases of malignant melanoma diagnosed each year out of 151 local authority areas.

The rate was particularly high among women in Brighton and Hove, the three organisations said, although rates were above average across the board.

And, they added, with the Brighton and Hove NHS area enjoying the fourth highest amount of sunlight hours a day, the need for preventive measures was obvious.

Beram Kayal was among the Albion players who had the importance of sunscreen explained to them during the club’s recent overseas tour.

The Israel international was only too pleased to help pass that message on to fans. He said: “We really enjoyed our pre-season training camp.

“But even though we were training in the Alps, it was still important to put on our sunscreen before training each morning and top it up throughout the day.

“The medical team made sure we did and now we are back in Sussex we’ll continue using it every day at Lancing and for friendlies.

“Lots of our fans will be involved in their own pre-season with their football teams so as part of Albion in the Community’s Speak Up Against Skin Cancer campaign we would like to remind fans to slap on the sunscreen before each session. 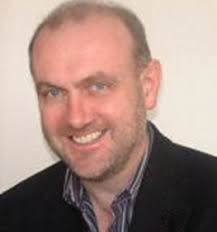 “Whether you are training in the Alps or Preston Park, it doesn’t matter. Put on a factor 30 sunscreen.”

It was a sentiment shared by Adam Brett, Albion’s head of medical services. He said: “When you are starting pre-season it is important to take care in the sun, particularly if you are training or playing pre-season friendlies during the day when it is at its strongest.

“We make sure all the Albion players wear factor 30 sunscreen and I would encourage other players to the same.

“Skin cancer does not care what level you play at so you need to take exactly the same precautions as the Albion first team.

“It is also important to stay hydrated during training and matches so please make sure you drink a lot of water before, during and after sessions. And if you are watching matches or on the bench, try to stay out of the sun.”

The campaign has its own website – www.speakupagainstcancer.org – with details of what symptoms to look out for and advice on preventing skin cancer from developing.

Tom Scanlon, director of public health in Brighton and Hove, is another to back the campaign.

Dr Scanlon said: “Melanoma, a skin cancer linked to sun exposure, is predicted to rise by around a third in the next 15 years.

“Brighton and Hove is already in the worst 10 per cent of areas affected so it’s worth taking precautions.

“The safe sun message is easy – wear light protective clothing, a hat, sunglasses, factor 30-plus and seek the shade when the sun is up.”