Labour leadership contender Liz Kendall is due to take questions from party supporters and the public in Brighton this evening (Sunday 16 August).

The free event is being held at St Mary’s Church, in St James’s Street, Kemp Town, from 7.30pm to 8.30pm. It will be chaired by the writer and broadcaster Simon Fanshawe. 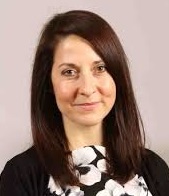 Earlier the 44-year-old MP is scheduled to meet Hove MP Peter Kyle and Brighton and Hove City Council leader Councillor Warren Morgan who are both backing her for the Labour leadership.

Miss Kendall’s visit to Brighton is the final date on her “tour of Britain”, visiting every nation and every region as she gathers support for her leadership bid.

She became an MP – for Leicester west – five years ago and currently serves as Shadow Health Minister in the Labour frontbench team.

Most bookmakers rate her as a 100-1 outsider in the four-way contest to replace Ed Miliband, with Jeremy Corbyn the favourite.

Mr Corbyn has set out a ten-point policy plan promising “a new kind of politics” if he wins the leadership contest.

Copies are being sent to all 600,000 voters, about a third of whom have joined Labour in the past week.

His policy promises include a commitment to growth not austerity, renationalisation of the railways and energy companies and the scrapping of the replacement of the Trident nuclear defence programme.

He called for a “fairer, kinder Britain, based on innovation, decent jobs and decent public services”.

Miss Kendall is regarded a Blairite – although she is not keen on the label – and is regarded by many as the candidate with the best chance of staking out the centre ground.

The result of the leadership ballot will be announced on Saturday 12 September.