Brighton man stabbed in the face at Pool Valley

Police in Brighton are seeking witnesses to an incident in the city’s Pool Valley area in which a 27-year-old local man was stabbed in the face. 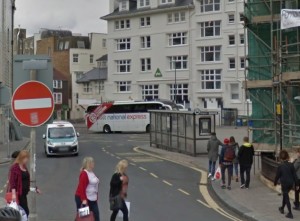 He was injured between 4pm and 4.30pm on Sunday (9 August) when he was accosted by two black men and struck in the face.

It was only afterwards, when he became aware of a puncture wound to his jaw and noticed blood, that he realised he had been stabbed.

Anyone with who saw what happened or who may have other information is asked to email 101@sussex.pnn.police.uk or phone 101, quoting serial 1047 of 9/8.