Police chiefs are asking for feedback from the viewing public after the last episode of a three-part fly-on-the-wall documentary ended last night (Wednesday 16 September).

The hour-long episodes of The Nick were filmed in John Street Police Station – and around the area – in the summer of last year. 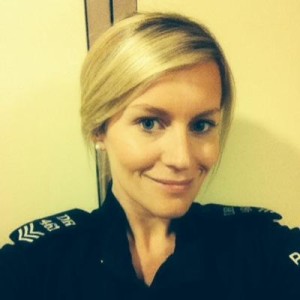 The concluding part of the series showed Sergeant Ami Roberts, who works on the response team, being called to a variety of jobs.

They included a lost little boy, squatters in the old post office and concern for a man who hadn’t been seen for days.

Sussex Police said: “This mix of incidents is just a small insight into what officers deal with in modern policing.”

Detective Sergeant Steve “Frenchy” French shut down a brothel and dealt with the case of a man who had died from a drug overdose.

Chief Superintendent Nev Kemp, who agreed to allow the film company, Renegade, into John Street, said: “I am so pleased with the feedback we have had about taking part in the documentary.

“People have contacted us on social media, phoned, emailed and even come into the station to say how down to earth our officers seemed and how much they enjoyed the programme.

“This was exactly the reason I wanted to do it so the public could see how complex policing can be and the variety of jobs we attend.

“It very much captured a snapshot of what we do not just in Brighton and Hove but across Sussex.

“Of course it’s a risk to open up the doors in this way but I am glad the public got to see what we do to keep people safe and that we have very professional dedicated people working for them in the force.”