More than a thousand veterans marched on Parliament in support of a jailed Royal Marine from Brighton yesterday (Wednesday 28 October).

Serving Marines were ordered not to take part in the protest over the treatment of Sergeant Alexander Blackman but some were reported to have gone along anyway.

The protesters were hoping that MP Richard Drax, a former captain in the Coldstream Guards, would raise the case at Prime Minister’s Questions but he wasn’t called by the Speaker.

He has been campaigning about the case in conjunction with the Daily Mail. 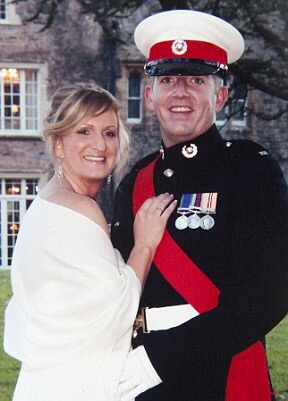 The letter asks the Prime Minister David Cameron to support the “Free Our Marine A” campaign to have Sergeant Blackman’s case referred to the Court of Appeal.

Sergeant Blackman, 41, from Bevendean, was known as Marine A during his court martial trial two years ago because of an anonymity order which was lifted after his conviction.

He was convicted of the murder of a wounded captive in Helmand province in Afghanistan in September 2011.

The Court Martial Appeal Court reduced the sentence to eight years in May last year.

The campaigners say that evidence was withheld from the court martial that would have resulted in a conviction for manslaughter rather than murder.

Claire Blackman said yesterday: “This has been phenomenal.

“After so many long dark days this is right up there with the best of them.”

Five homes to be built on site of Hove YMCA