A gunman has been found guilty of trying to murder a 40-year-old Brighton man in a case of mistaken identity.

Adam Willis, 33, was also convicted of conspiring to murder a 25-year-old man in the same Brighton road, Elmore Road, just over a block away from the police station in John Street.

Willis, who was living in Charlotte Street, in Kemp Town, fired through a letterbox at 40-year-old Lloyd Walls.

Mr Walls, who was desperately trying to hold his front door shut, lost one of his fingers as a result of the blast.

Willis appeared to be looking for someone called TJ when he shot the wrong man. 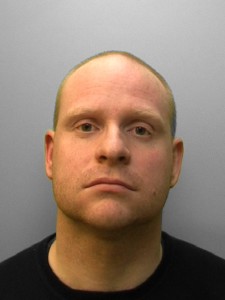 He was convicted after a four-week trial at Hove Crown Court, remanded in custody and will be sentenced on Wednesday 6 January.

Sussex Police said: “After nearly six days of deliberation, the jury was hung and could not reach a verdict on Monday (14 December) on Spencer Bowen, 24, who was charged with attempting to murder a 40-year-old man and conspiracy to murder a 25-year-old man in Elmore Road, Brighton, on (Tuesday) 27 January. He was also charged with committing grievous bodily harm.

“Bowen, of Heathfield Avenue, Dover, Kent, was remanded in custody until his retrial next year.

“Hayden Pendleton, 29, of Damwood Road, Liverpool, was found not guilty of attempted murder and conspiracy to murder by the jury.

“The case against Lewis Carney, 27, of London Road, Dover, Kent, who was charged with conspiracy to murder was dropped at the start of the trial.

“The trial at Hove Crown Court heard that a group of men mistakenly went to the wrong flat in Elmore Road on (Tuesday) 27 January and fired a single shot through the front door after trying to force their way in.

“This hit the 40-year-old victim who was taken by ambulance to the Royal Sussex County Hospital, Brighton, for treatment to his injuries, which were serious but not life threatening.

“Armed officers were deployed to the scene but the suspects had fled.”

The crime scene at Elmore Road after the shooting

Detective Chief Inspector Paul Rymarz, of the Surrey and Sussex Major Crime Team, who led the investigation, said: “Organised criminals armed with a loaded shotgun were seeking to target a man who was not at the property.

“An innocent man was instead subjected to a shocking and frightening unprovoked attack at his home.

“This has been a long and complex investigation with officers supporting the victim and also the man who we believe to be the intended target.

“I would like to pay particular tribute to the victim of the attack, who showed significant bravery, and the entire investigation team who have worked so tirelessly on the case since January.”