A Hove man has been sent to prison for 12 months for offences relating to indecent images of children. 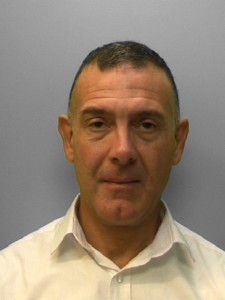 Giuseppe Panto, 53, a waiter, of Portland Road, Hove, was sentenced when he appeared at Lewes Crown Court on Friday (15 January), having previously pleaded guilty to two offences of making an indecent image of a child, and one offence of possessing an extreme prohibited pornographic image.

He was required to be a Registered Sex Offender for 10 years and was served with a Sexual Harm Prevention Order (SHPO) to last until further court notice, severely restricting his access to computers and children.

The prosecution resulted from an intelligence-led investigation by officers from the Sussex Police Paedophile On-Line Investigation Team (POLIT) who executed a search warrant at Pantos address in Portland Road in October last year. A computer and related devices were seized.

There was no evidence of ‘contact’ offending and none of the images are believed to be of local children.

Detective Constable Helen Curtis of POLIT said: “Information was received that Panto had been distributing indecent images of children via the Internet. If the demand for this material exists, children will continue to be abused in order to generate it.”