Five men have been jailed after three of them kidnapped a 19-year-old in a Brighton street in broad daylight.

They snatched the Albanian teenager off the street in Prince’s Terrace, Brighton, just before 6pm on Sunday 12 April last year and bundled him into a car.

Before the trial another man, Gazmend Mula, admitted conspiring to kidnap Mr Kurt. Mula, 29, of Temple Street, Brighton, also admitted having class A drugs with intent to supply.

The man they kidnapped, Ardi Murataj, now 20, also known as Tony Kurt, contacted officers after Sussex Police issued an appeal for information about his whereabouts. He was found safe and well. He has now been jailed for drug dealing.

A fifth member of the drugs gang, Redon Sadria, 19, of New Steine, Brighton, has also been jailed. 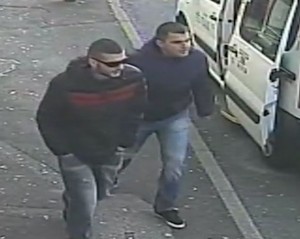 Nezaj was jailed for 11 and a half years for conspiring to kidnap Murataj and witness intimidation.

Mula was jailed for ten years after he admitted conspiring to kidnap and having class A drugs with intent to supply.

Hasa was jailed for eight years after being found guilty of conspiring to kidnap and having an offensive weapon.

Sadria was jailed for two and a half years after he admitted having class A drugs – ecstacy and cocaine – with intent to supply.

Murataj, 20, was also jailed for two and a half years after he admitted having cocaine with intent to supply cocaine.

The CCTV footage released at the time to try to trace the victim is included in the clip below.