Can you help solve theft from Hove pensioners?

A councillor has appealed for help solving a theft that left old people without a television, games console, DVD player and fitness DVDs.

A thief cleared out the lounge at Sanders House, a sheltered housing block in Ingram Crescent West, Hove.

Councillor Robert Nemeth has taken the unusual step of sharing CCTV images of the suspect because Sussex Police and Brighton and Hove City Council have not done so. 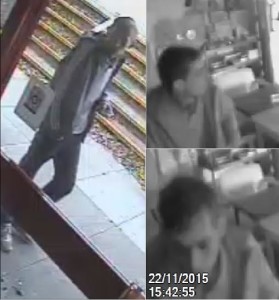 He and his fellow ward councillor Garry Peltzer Dunn were frustrated that more had not been done to identify the thief who raided Sanders House more than two months ago.

Councillor Nemeth said that £400 had been raised by Sussex Freemasons from the friends of former Hove mayor Barry Sanders. The sheltered block is named after Mr Sanders.

But there was a reluctance to spend the money without being sure that proper steps had been taken to prevent the replacements from also being stolen.

His concerns were heightened by the armed robbery of a convenience store just round the corner in Portland Road less than a fortnight ago. 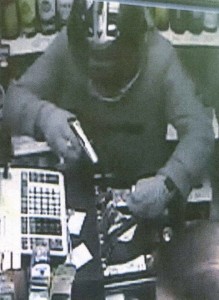 Armed robber caught on camera in a convenience store in Portland Road, Hove

The same gun-wielding robber is believed to have held up another convenience store in Hangleton on Tuesday (9 February).

Councillor Nemeth said: “We have done all in our power to stand up for our elderly residents against cowardly individuals who have stolen from them.

“Neither the council nor police will release CCTV footage from during the theft so we are doing it ourselves in the hope that somebody will recognise them.

“We put the safety of our residents above the rights of cowardly criminals.”

The lack of action had left the residents of Sanders House feeling frightened and alone, he said.

And there seemed to be more concern among officials about the privacy – or “data protection rights” – of the criminal rather than the rights of the victims.

Anyone who recognises the suspect or has any information about the thefts is asked to phone Sussex Police on 101 or email 101@sussex.pnn.police.uk quoting reference 0415 of 23/11.