Two fire engines were sent to a flower pot on fire in Hollingbury in the early hours of this morning. 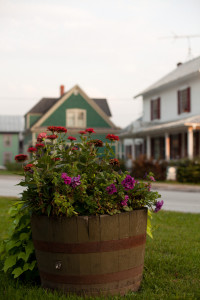 Crews were despatched to County Oak Avenue at 5.21am to reports that the pot was ablaze. They found several pots under a wooden structure, one of which was alight.

Firefighters used one bucket of water to put out the fire.

The incident was the last in a busy twenty four hours for Brighton and Hove firefighters.

At 7.01am yesterday, three engines from Roedean and Preston Circus were sent to Brighton Marina, following reports of a fire on a balcony terrace, which was affecting the internal lobby.

Then at 4.10pm, Brighton firefighters were sent to A27 Westbound, Hollingbury, after a car fire was reported when an engine overheated.

At 4.32pm, Hove firefigthers were sent to Cambridge Road, in Hove, after the contents of a skip caught fire. The crew used one main hose reel jet to extinguish the fire.

And two crews from Brighton and Roedean were sent to Vernon Avenue, Woodingdean, at 6.28pm after overheated food sparked a fire. Crews ensured the property was made safe and a home safety visit was carried out.

An accidental rubbish bin fire saw Hove firefighters sent to Western Esplanade at 7.24pm. The crew used one hose reel to put out the fire.

And then at 9.35pm, Roedean firefighters were sent to Wilson Avenue, Whitehawk, following reports of a deliberate bonfire. Firefighters used a flexpack to put out the fire.