Portslade man arrested in connection with murder of missing man

A 50-year-old Portslade man has been arrested on suspicion of perverting the course of justice and prevention of a lawful burial in connection with the murder of missing Lancing man Mark Manning. 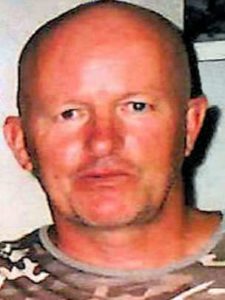 Human remains, which are unidentified at this stage, but believed to be those of Mark, have been discovered on land near Slaugham on Wednesday (25 May).

Officers from the Surrey and Sussex Major Crime Team detained the man. He is in custody being questioned.

Mark, 54, of Brighton Road, was last seen on 19 April 2014 before his family reported him missing on 22 April. They said it was completely out of character for him to disappear.

Officers launched a murder investigation in June 2014. Despite extensive proof of life enquiries and searches, no one reported hearing from or seeing Mark.

Colin Gale, 39, of Offington Lane, Worthing, was charged with the murder of Mark Manning in January this year. He is due to stand trial on 4 July at Lewes Crown Court.

Detective Superintendent Mike Ashcroft, head of the Surrey and Sussex Major Crime Team said: “We are supporting the family of Mark at this very difficult time. They ask that they be left alone to grieve in peace. Our enquiries are continuing.”