Europe – why women should vote Leave

Harriet Harman MP recently told women to vote to stay in the EU. She suggested the EU has secured women equal rights and British politicians might undermine them.

In fact, the most significant equal rights legislation was passed before we entered the Common Market and won after hard struggle by our own women’s movement, reforming politicians and trade unions.

The strike over equal pay by British female workers at the Ford car factory in Dagenham led directly to the passing of the Equal Pay Act.

Between 1972 and 1974, it was local women who set up Women’s Aid refuges and rape crisis centres to challenge violence against women. 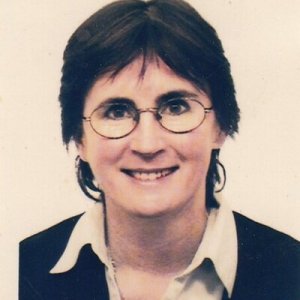 British people voted to endorse the decision to join the Common Market in 1975, the same year the Sex Discrimination Act was passed. This followed a campaign by the UK women’s movement, owing nothing to Europe.

Also in 1975, following domestic campaigning, the Employment Protection Act introduced statutory maternity provision and made it illegal to dismiss women due to pregnancy.

This pattern of domestic campaigning has continued. As the EU tightened its grip on British legislation, there was no significant related increase in women’s rights.

The EU failed to protect lesbians from Section 28 and did not end it. Neither has the EU led the domestic fight against forced marriage and FGM (female genital mutilation). The UN leads on violence against women.

Harman claimed there is a “phoney perception” that women’s rights would remain regardless of whether the UK is in the EU, saying: “Why should we trust the likes of Boris Johnson, Iain Duncan Smith or Nigel Farage with our rights as women?”

In fact, there’s no reason to believe that EU politicians would be more likely to protect women’s interests.

The current growth of overtly fascist parties in Europe poses a far greater threat to women’s rights than anything these British politicians could manage.

So too does mass male migration to the continent from countries where sexism and contempt for women is institutionalised and underpinned by ideology and religion. Predictably there has been an increase in sexual violence against females. 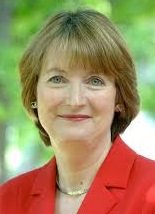 It stuns me that politicians suggest women should look to Europe for protection when so many EU countries are worse than our own at protecting women’s rights.

Only now, are French female politicians beginning to speak out about widespread sexual abuse by male colleagues. In Italy, the era of Berlusconi casts a long shadow.

German politicians have responded to a wave of sexual offences by migrant males by abandoning victims, suppressing information, disrupting criminal investigations and offering ‘sex education’ to males – education which focuses on “western” sexual manners (and encourages the use of pornography), rather than challenging sexism and defending all women’s right to freedom and safety.

The EU’s commitment to free movement of labour has brought huge profits for corporations by actively encouraging immigration of unskilled or semi-skilled workers, most of them non-unionised.

This has driven down the wages of low-paid female workers, increased insecure contracts and undermined the capacity of trade unionists to negotiate better conditions.

Women’s continuing responsibility for child and elder care, as well as their relative poverty, makes them primary users of public services, which are currently under siege.

Women are at the sharp end of deliberate policy decisions aimed at undermining public services and workers’ rights – without regard to the suffering it causes. Current political leaders are failing to defend them.

Women should vote Leave – then gather together to organise. It’s the only way our world will change.