A high speed pursuit which involved the police helicopter and several squad cars was brought to a successful conclusion by a Good Samaritan who gave a plain clothes officer a lift in her white convertible this afternoon.

The officer is now trying to trace the driver so he can send her a big bunch of flowers to say thank you. 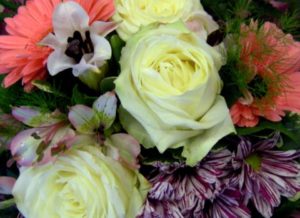 A plain clothes officer pursuing a man wanted for questioning in connection with a burglary in Crawley on Thursday morning (June 9) flagged down a woman and asked for help in catching up with the man. He had run off after his car was spotted in Robin Dene.

The officer, who police are not naming, said: “Thankfully, the lady, who had dark hair and was driving a white convertible, was very public-spirited and in no time at all we had caught up with the suspect and I managed to arrest him. The lift meant that I had fresh legs and he didn’t!

“Unfortunately, while I was busy with him, the lady drove off and I didn’t get the chance to thank her. If she gets in touch, I’m going to make sure she gets a big bunch of flowers with my thanks.”

A 20-year-old man from Brighton was arrested in East Brighton Park at 12.25pm on suspicion of receiving stolen goods, going equipped for theft and burglary, the latter in connection with the burglary of a house in Teesdale, Crawley, between 9.30pm on Wednesday and 6.30am on Thursday.

He remained in custody at 4pm on Thursday.