A council leaseholder who was overcharged by the city council for ten years has been paid back more than £5,000 and given an apology. 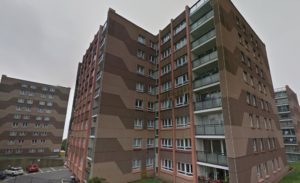 A campaign group says the woman, who wishes not to be named, could be one of scores of city leaseholders who have been similarly overcharged, potentially leaving Brighton and Hove City Council having to pay back a six figure sum.

The problem arose because when the Bristol Estate council flat was sold in 2003, its rateable value was overestimated, which meant it was billed a larger share of the block’s service charges than it should have been.

After first raising the issue two years ago, the leaseholder has now been refunded £5,343.82 for overpayments going back to December 2006.

Justice for Tenants (JFT) is now urging the leaseholders of other flats in council blocks to check what percentage of the service charge they are paying compared to their neighbours and has called on the council to do the same and issue automatic refunds to anyone else overcharged.

A spokesperson for JFT said: “Every resident should check what percentage of the service for their block they are paying. If a one bedroom flat is paying the same as a two or three bedroom flat it is likely something is wrong.

“Every leaseholder should check their lease to ensure charges are based upon the correct percentage. The city council must thoroughly investigate how this has been allowed to happen. Refunds must be paid automatically to anyone who has been charged incorrectly.”

A council spokesperson said: “Following an investigation we recently repaid – with our apologies – the figure quoted to one of our leaseholders who had queried the proportion of the service charge due for their flat.

“The mistake dated back to the original Right to Buy purchase in 2003 when an incorrect rateable value was used to calculate the flat’s percentage share of the total expenditure.

“If any council leaseholder disputes or disagrees with any aspect of their service charge we have a three-stage disputes procedure so that cases can be thoroughly investigated.”

They added: “The amount credited to the leaseholder does not relate in any way to costs incurred by the council for building or repairs work carried out by Mears or any other contractor.”