A lack of domestic abuse officers in Brighton and Hove and fears of an erosion in neighbourhood policing have been flagged up by a government inspector as she tells Sussex Police it requires improvement today.

The force’s official rating has fallen from good last year to requires improvement this year after making £76 million of budget savings and efficiencies to balance its budget – with a further £16 million of savings to find this year.

Meanwhile, the £3 million raised by an increase in the police precept will be used for the police and crime commissioner’s priorities, including more firearms officers and domestic abuse officers – except in Brighton and Hove, where the number is being reduced by three.

Although Zoë Billingham, Her Majesty’s inspector of constabulary, praised many aspects of police work in the county, she raised concerns about how officers were being taken from preventative and community duties to the front line, which also reduced the amount of intelligence they receive.

She also highlighted a sharp drop in the rate of arrests and charges for domestic violence – despite a rise in reports. More worryingly, she flagged up a situation in Brighton recently where the unit which deals with high-risk domestic abuse, child abuse and the most serious types of sexual crime had to refer all new work to the CID office which does not have specialist training in safeguarding. The report said that up to 10 per cent of cases continue to be referred there.

It also said that neighbourhood policing staff were anxious about how wide-ranging changes to the PCSO (police community support officer) role would affect them – and said community safety partners said that they had not been fully informed of the implications, echoing concerns raised by local action teams in Brighton and Hove.

However, how the force tackles serious and organised crime was commended, with the way that Brighton and Hove tackled an Albanian organised crime gang while also establishing good links with the city’s Albanian community singled out for praise.

And the force’s use of criminal behaviour orders (CBOs) and closure orders for offenders and premises causing harm to local communities was also cited as a good example of police and partners working together.

Zoë Billingham said: “Overall, I have judged Sussex Police as requiring improvement in how effectively it keeps people safe and reduces crime. The force is operating well in some areas but it requires improvement in others, so it is a rather mixed picture. I am disappointed, however, to find that performance of the force has deteriorated in some vital areas of policing.

“At the time of our inspection in the autumn Sussex Police was in the midst of implementing a significant change programme. We found that police officers were too often being taken from preventative policing duties to respond to reactive policing needs. Because these redeployments are not monitored, the force was unable to say with any certainty how neighbourhood policing is affected as a result.

“I have asked the force to provide reassurance that it is not eroding neighbourhood policing, the cornerstone of the British policing model. It is vitally important that police forces maintain the ability to prevent crime from happening in the first place.

“I have a number of concerns about how the force approaches the protection of vulnerable victims. The force needs to improve how it assesses the risk posed to some victims of domestic abuse, to ensure the proper safeguarding measures are put in place in order to get them the support they need. Other risk assessments are general completed promptly and to a good standard.

“Another concern is that the arrest rate for domestic abuse incidents has seen a significant fall over last year’s, as has the charge rate for those offences. At the conclusion of our inspection I was reassured to see that the force took immediate steps to analyse the reasons for this and is now taking appropriate action to make the necessary improvements.

“It is not all bad news, however. The force is working well to protect the people of Sussex from threats of serious and organised crime. It has a clear process for tackling organised crime groups and officers have a good understanding of how best to gather evidence from police and law enforcement agencies.”

City councillor Emma Daniel, who represents Brighton and Hove on the county’s police and crime panel, said: “This report highlights all the concerns I have raised with the commissioner at the panel over the past 12 months. The reduction to neighbourhood policing takes us below national average and that just isn’t what the people of the city want. They want their PCSOs back working with them.

“The decision to stop attending community meetings is criticised by the HMIC and the impact illustrated by a drop in intelligence reports.

“I am seriously concerned that Brighton and Hove is flagged within the report as having too few officers to deal with domestic and sexual violence.

“The budget Katy Bourne set cuts our city’s specialist unit by three staff while increasing East Sussex by 20 and West Sussex by 40.

“I contacted officers to express my concern and received emails of reassurance saying that there were ‘too many’ officers in Brighton and Hove and that the cut would leave an adequate number to cover the need.

“The question must be, why was I given specific reassurances when the HMIC findings are so clear? There are not and were not enough specialist officers in the city.”

Her colleague Councillor Caroline Penn, a member of the East Sussex Fire Authority, said: “The PCC is current undertaking a costly business case at taxpayers’ expense with a view to taking control of East and West Sussex Fire and Rescue Service.

“In the view of this report, I would urge Mrs Bourne to reconsider and focus on getting the basics right within the police service.” 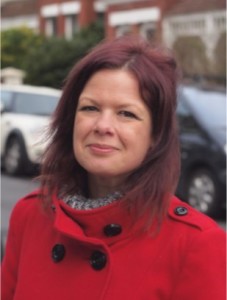 “We are determined to make policing services more effective, as we face the challenge of operating with new demands against a shrinking budget.

“In creating our new policing model we are undertaking work to understand all the different demands on our teams.

“The inspection took place midway through significant changes and we recognise in anticipation of the changes that we were running below strength. We now have a full complement of PCSOs and have developed a model that meets local needs with all officers involved in policing neighbourhoods across Sussex.

“We also recognise HMIC’s concern about the service to some victims of domestic abuse and have examined if victim confidence in reporting is a specific problem and if officers feel enabled to take robust lawful action to arrest whenever necessary.

“We accept that our previous practice of completing a small proportion of initial risk assessments with people reporting domestic abuse over the phone, done in the interests of understanding the safeguarding needs of the victim as quickly as possible, may not be the best approach in some cases. Plans are already in place to reverse this to ensure an officer visits them.

“Other moves to improve the overall Sussex Police response include putting victims’ first in terms of their safeguarding and all first responders will be undertaking further training to help keep people safe and seek justice.

“Their report states that although the force has seen an increase in some types of crime, it is less than that nationally. We also reduced anti-social behaviour by 13%, compared to 9% nationally in the 12 months to March 2016.These are notable markers of our success in preventing crime during this period of huge change.”