A Brighton police inspector has been arrested over claims of misconduct in public office involving improper sexual relations with women in the course of his duties.

Inspector Tony Lumb has also been suspended and is under investigation by the Independent Police Complaints Commission (IPCC).

Sussex Police said this afternoon (Monday 6 March): “The Independent Police Complaints Commission (IPCC) is currently carrying out an independent investigation into an Inspector arrested for misconduct in a public office. He has been suspended while an investigation is carried out.

“The inspector, based at Brighton, was arrested on Thursday (2 March) as part of the IPCC investigation.

“Allegations were referred to the IPCC that he has had improper sexual relationships with women in the course of his duties.” 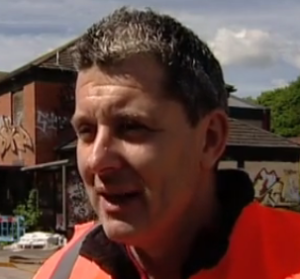 Assistant Chief Constable Steve Barry said: “While I can’t comment on the investigation, I would like to reassure the public that protecting vulnerable people is a priority for Sussex Police and we take any report of inappropriate behaviour extremely seriously.

“We have a responsibility to recognise abuse of power as a distinct area of corruption, behaviour which deflects from the honourable work of the vast majority of officers. Vulnerable victims must be able to trust those they turn to for help.

“Within the force we have a confidential referral system for anyone who suspects or witnesses inappropriate behaviour.

“People can be confident that any report will be investigated and addressed.”