A jury at Brighton Crown Court convicted him yesterday (Thursday 23 March) of four offences against two boys – an indecent assault and three counts of gross indecency.

He had previously admitted seven other offences – three of gross indecency and four of indecent assault – against two other boys at the school in the same period.

The boys were aged between seven and 12 when they were abused by Haigh and were contemporaries of Foreign Secretary Boris Johnson and his sister, the journalist Rachel Johnson. The victims’ identities are protected by law.

Judge Janet Waddicor sentenced Haigh today to a total of 11 years for the sex offences and a further year for having child pornography. 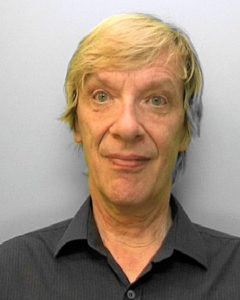 Sussex Police said: “He will be a registered sex offender for life and has been served with a sexual harm prevention order, severely restricting his access to children and computers.

“The prosecution, authorised by the CPS, followed an investigation by East Sussex child safeguarding detectives after allegations were referred to them for the first time in January 2014.

“Police emphasise that there are no current or recent safeguarding issues at the school in relation to this case.”

Detective Constable Paul Deadman said: “This was a complex and protracted investigation during which it became clear that Haigh had systematically taken advantage of the trust of young and vulnerable boys to abuse them for his own sexual gratification.”

The £8,000-a-year boarding school was founded in Brighton in 1843 before moving to the Sussex countryside just over 40 years later. It is near Forest Row.

The school is owned by the Cothill Educational Trust which closed St Aubyns in Rottingdean in 2013 and plans to put almost 100 houses and flats on the former school site.

Other notable former pupils include the Homeland actor Damian Lewis and Boris Johnson’s brother Jo, who is also a member of the government as Universities Minister.