A former Brighton train guard has been jailed for 26 years for sexually abusing six boys in the 1980s and ’90s.

Taffy Mark Evans, 56, who was also a scout leader, was jailed for 32 offences, committed in Brighton, Burgess Hill, Crawley, Redhill and the Surrey village of Charlwood.

The boys were seven to fourteen years old when he groomed and abused them – four of them in Brighton in the 1990s.

Evans admitted seven sexual offences but denied others and was convicted of 18 counts of sexually abusing boys after a ten-day trial at Hove Crown Court.

The sexual offences included indecent assault, gross indecency and buggery. He was also sentenced for seven offences of having indecent images.

He was jailed at Hove Crown Court today (Monday 3 July) by Judge Anthony Niblett who ordered that he register as a sex offender for life.

The judge told jobless Evans, of The Crescent, in Hurstbourne Tarrant, Hampshire, that he would not be eligible for parole until he has served at least two thirds of his sentence. He will also have to serve a year on extended licence on his release from prison.

Evans, formerly of Old Shoreham Road, Lancing, was found not guilty of one sexual assault against one of the boys after meeting him again by chance as an adult in 2008.

Sussex Police said: “Evans was living at Redhill and Brighton addresses at the times of several of the offences.

“Two of the offences were committed against one of the boys in Swansea when he and Evans were visiting Evans’s family there.

“Evans worked as a scout leader in Reigate in the 1990s, although he left the Scouts movement in 1996, and was also a train guard based in Redhill for many years, working on trains in the south east. However, he did not meet first meet any of the boys in the Scouts or on the trains.

“He moved to Hampshire after he was arrested and none of the offences relate to his time there. 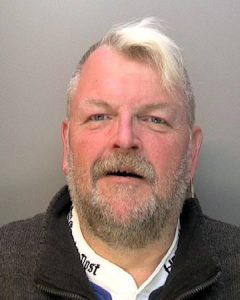 Detective Constable Heidi McCall said: “Evans met three of the boys, who were from the same family, when visiting a friend who was a neighbour in the same road in Surrey, and quite separately met the other three through the family members working on the railway also in Surrey.

“He first gained their confidence as a helpful family friend who took them out on trips, including train journeys, swimming and fishing, bought them presents and treats, but then gradually began to abuse each of them, without the others knowing what was happening, except for two of the boys.

“One of the victims had been so traumatised by his experiences that this was having an increasingly adverse effect on his own life.

“In 2014 he came forward. We began inquiries and a further family member disclosed to us that he was also a victim.

“A fourth victim was identified during the enquiry. Then, when it became known that Evans had been charged, the two other victims came forward.

“Five of the victims had to give evidence in court as Evans would not admit the offences against them – and they did so with clarity and courage.

“The video recorded evidence of the sixth victim was so impactive that once Evans saw it he pleaded guilty to the two indecent assaults on him and that victim was spared the courtroom appearance.

“The bravery of all six was instrumental in bringing Evans to justice. It is due to their courage that this man was convicted.

“This is another case that shows all such reports will be taken seriously and will be investigated to seek justice wherever possible, no matter how long ago the events occurred.

“Anyone who wants to report such offending can always contact us on 101 or email 101@sussex.pnn.police.uk and arrange to talk in confidence to experienced detectives.”