Nine graves have now been found under the Corn Exchange

Archaeologists have discovered up to nine graves under what was the Corn Exchange’s mini conference room after the first skeletons were uncovered by builders yesterday. 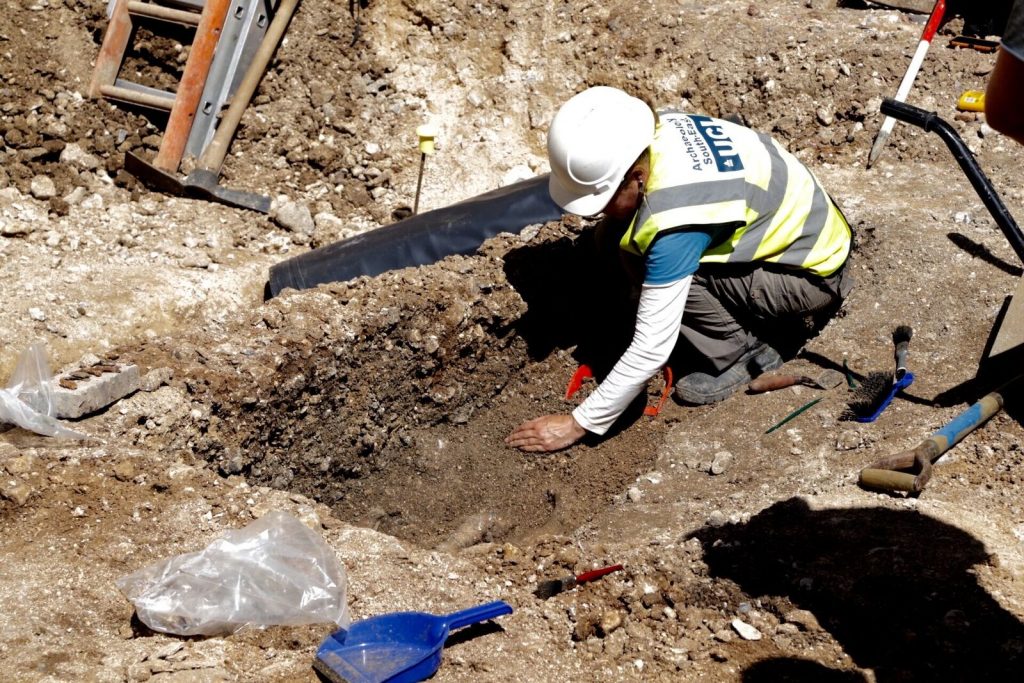 The graves, believed to belong to a 200-year-old Quaker burial site, have been discovered during redevelopment work at Brighton Dome Corn Exchange.

Skeletons have been uncovered on-site and are in the process of being exhumed from underneath the area that was formerly the venue’s mini conference room.

The remains are thought to be from Quakers Croft, a Quaker burial ground that existed before the Royal Pavilion Estate was built.

Alan Robins, chair of Brighton and Hove City Council’s Tourism, Development and Culture committee said: “We understand that up to nine graves have been uncovered during the excavations.

“The remains are now being carefully exhumed and will be examined to determine more about the deceased before being re-buried or cremated.

“The find isn’t totally unexpected as the Royal Pavilion Estate site has so many strong historic links but this is a significant find for the archaeologists and another important addition to the city’s rich cultural story.” 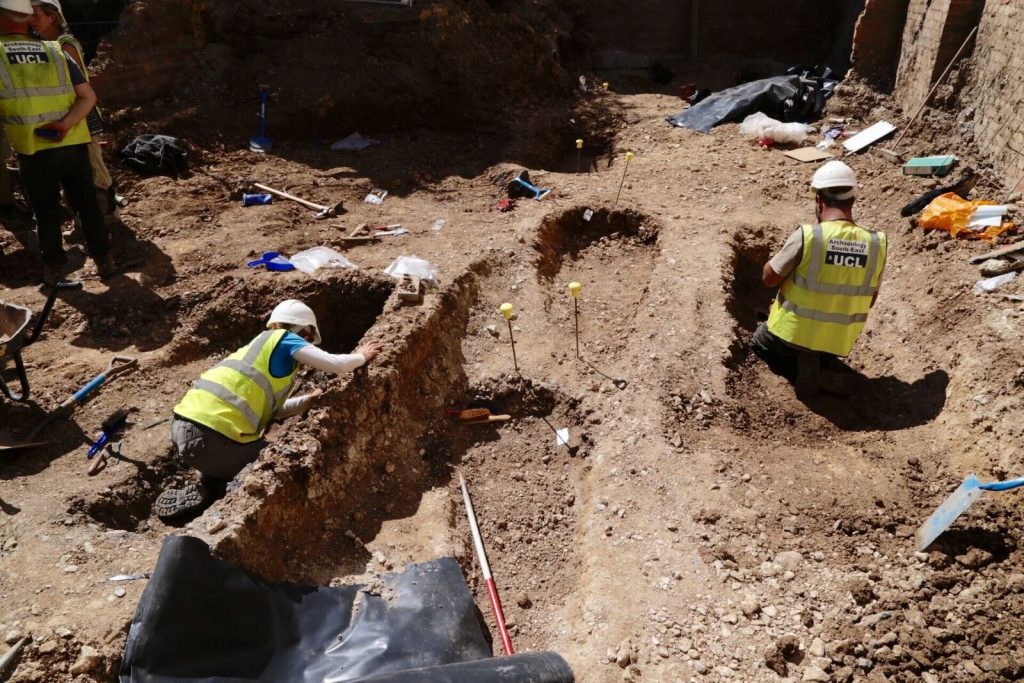 Darryl Palmer of Archaeology South-East, who is managing the dig on site, said: “This is a significant find that shines a light on an important historical moment in the city.

A spokesperson for Brighton Quakers said: “We are excited at the news of this discovery. We have known for a long time about the burial ground being used from 1700 to 1805 but did not know that any Quakers were left buried there.

“We are fascinated to hear of this link with our past and look forward to learning more.”

The work at the historic Corn Exchange is part of an ambitious project to restore and reunite the Royal Pavilion Estate buildings and gardens. The work began in March this year, 2017, and is expected to continue to timetable for completion by late 2018.