A driver who deliberately crashed into a motorcycle in Brighton after a row over his bad driving, injuring the rider and his pillion passenger, has been jailed. 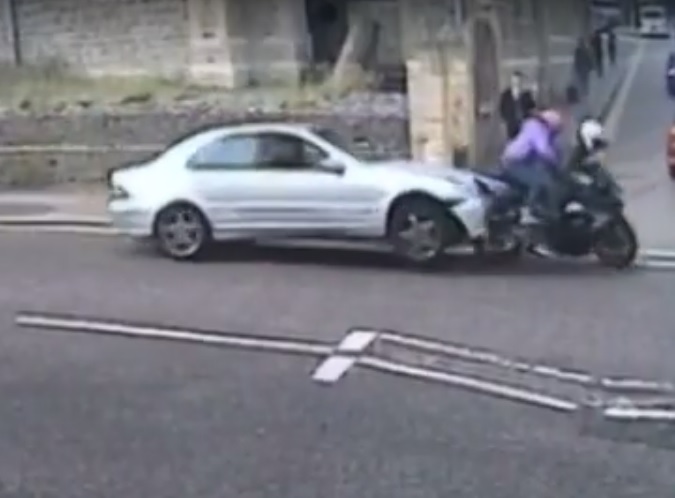 Mario Bove, who until recently owned Zafferelli in New Road, Brighton, fled the scene after he struck the back of the black Honda with his silver Mercedes in Eastern Road, by the corner of Church Place.

The rider, Craig Green, who was 26 at the time, and his 20-year-old girlfriend and pillion passenger Chloe Church were injured as a result of being rammed.

The incident, which happened on the eastbound side of the road, was captured on CCTV.

The motorcyclist recognised Bove as the owner of Zafferelli, and he was further identified through his front number plate which fell off his car in the collision. 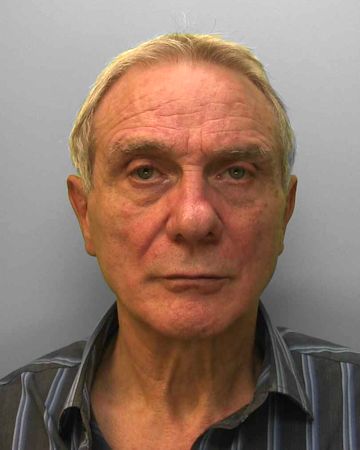 He was banned from driving immediately on conviction, pending sentencing which was adjourned until a later date.

But on Wednesday 13 September, after his conviction and before he was sentenced, Bove was spotted driving the same car.

He was located and arrested in Eastern Road and charged with driving while disqualified and driving without insurance.

At Lewes Crown Court on Friday 27 October he was jailed for 12 months and banned from driving for 30 months. He must also take an extended retest if he wants his licence back.

Officer in charge, Rose Horan, of the Brighton Investigations Team, said: “The motorcyclist and his young passenger, both local to Brighton, were lucky not to sustain very serious injury, as both were knocked into the path of oncoming traffic by Bove’s silver Mercedes, on what was quite a busy afternoon.

“After the incident, Bove immediately sped off down Rock Street, narrowly avoiding a car travelling in the opposite direction, but leaving his number plate behind on the road, which led to his arrest.”

Mr Green said: “More than a year since the hit and run, we are both still suffering from our injuries and our mental state of mind.

“It has changed both mine and my girlfriend’s way of life, and even our day-to-day activities are affected.

“We have lost out on our hobbies such as swimming, long walks and motorcycle rides. It has also put pressure on our relationship.

“Bove showed no remorse, leaving the scene of the collision without a care in the world. We could have been dead or at least dying, and he wouldn’t even have known the consequences of his actions.

“He hit us off the bike on purpose to hurt us and he achieved his goal. In doing so, he has jeopardised his own time and life with his own family and his own business.

“Brighton and Hove police have stood by me and my girlfriend every step of the way, with regular contact to see how we are getting on.

“We’d both like to thank the police, the medical support and bystanders for their work and caring.”

Mario Bove is a director of Maestro Brighton Ltd, which runs Zafferelli. In April, the company was threatened with being struck off the register but this action was discontined later that month.

In September, Mr Bove and his co-director Gennaro Casella both applied to have the company voluntarily struck off the register. The request is still pending.

Zafferelli said that the restaurant was now under new management.

He pleaded guilty to assault by beating when he appeared before the bench at Brighton Magistrates’ Court in September last year.