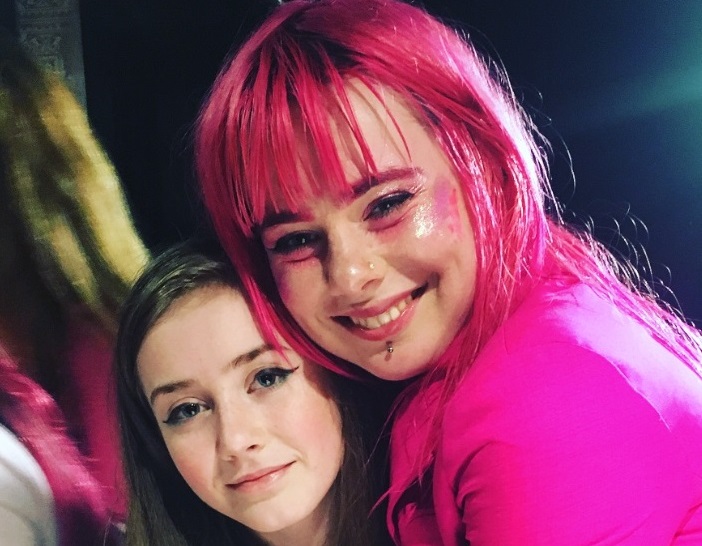 A cold, dreary November Tuesday night isn’t exactly a great time to drag yourself off out to see some live music, however Girli was in town and having seen her perform previously, I decided it was worth making the effort and took my 14 year-old daughter Chloe along to her first ever gig.

Girli is 20 year-old North London writer/singer/rapper/producer Milly Toomey. Don’t be fooled by the bright pink hair, colourful outlandish fashion or opinionated stage persona, this is a seriously talented artiste. Girli has a lot to say in her music and boy, does she say it! Girli uses her compositions to express her life experiences so far and strong views on subjects dear to her. Performing with ‘DJ Kitty’ (aka Rosalie Fountain), the duo are rapidly establishing themselves on the live music scene across the country. They have already played the likes of Brighton’s very own Great Escape as well as this year’s Latitude Festival. It’s hard to categorise her music but I would surmise that it’s an eclectic fusion of attitude-infused bubblegum pop, punk, electronica and rap.

The evening opened with an all-girl Brighton based five-piece punk support group called ‘P*ssyliquor.’ The name might be a little close to the edge, but these girls really can play and performed some superb original tracks that belied their youthful years. We are sure to hear a lot more about them in them in the future. 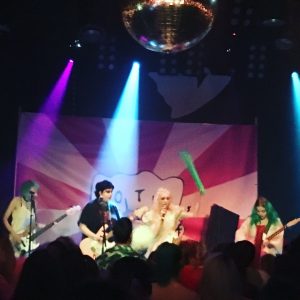 P*ssyliquor at The Haunt, Brighton

With the near-capacity audience already more than warmed-up, it was time for Girli and DJ Kitty to literally burst onto the stage with blockbusting renditions of the attitude-loaded ‘F**k Right Back off to LA’ and ‘Girls Get Angry Too’ which serves as an anthem for those seeking to rebel against the stereotype that some people bestow upon young females. The colourfully dressed crowd were immediately in raptures.

Highlights included the wonderfully retro sounding ‘Can I Say Baby’, ‘Not That Girl’ which is sung over a stripped back beat and is about being yourself despite what other people say or think and The brilliant ‘Girl I Met On The Internet’ which is all synth beeps, big beats and rap lyrics about young love. Contrasting this was her latest song ‘Day, Month, Second’ which is all about being in denial of your true feelings as she explained beforehand. 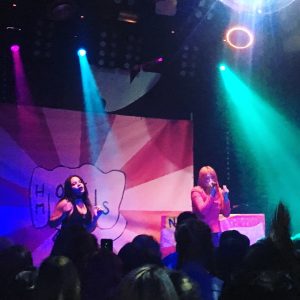 Girli live at The Haunt, Brighton

The high-energy set finished with the best track of the night, the extremely catchy ‘Hot Mess’ which saw Milly crowd surf on her back without missing a single note whilst the audience bounced around beneath her.

Afterwards, Girli came over to the merch table and happily posed for selfies with fans as well as signing tee-shirts and albums. My daughter was able to get her tee-shirt signed and I got a photograph of them together which was a wonderful souvenir of a night my daughter will never forget. Girli offers a fresh, new kind of girl power through her powered-up songs and up-and-at-’em lyrics. I think she is a great role model for Chloe’s demographic as it teaches girls to be themselves and take no sh*t from anybody. Amen to that.

I have a strong feeling Girli’s career will continue on an upward trajectory after this tour. Girli and DJ Kitty really do deserve to be playing on much bigger stages than this in 2018 and surely mainstream success is only one lucky break away.

F**k Right Off Back To LA

Girls Get Angry Too

Can I Say Baby

Girl I Met On The Internet

So You Think You Can F**k With Me Do Ya 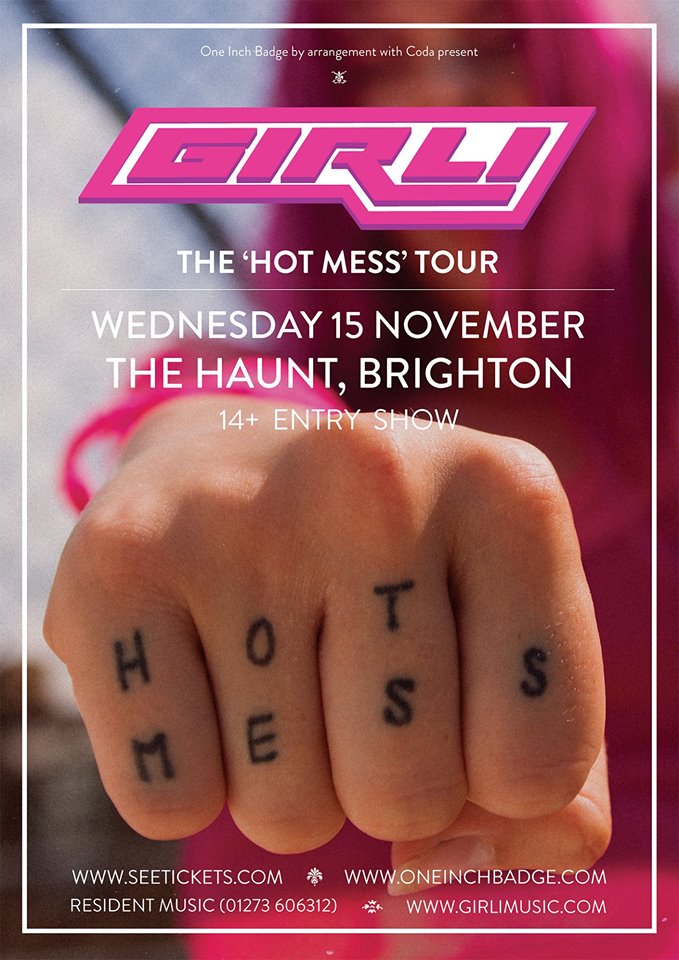