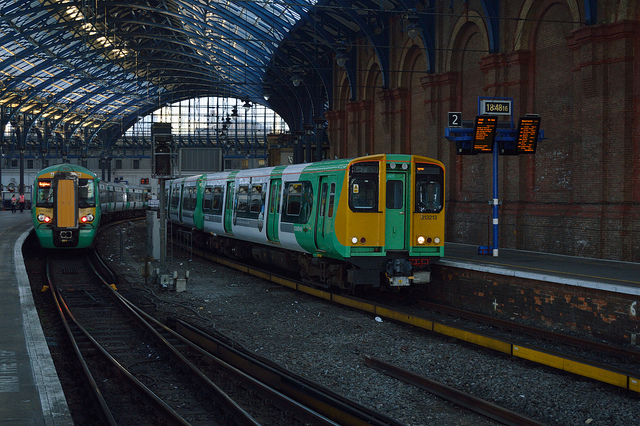 Fares on GTR, which runs Southern and Thameslink, are to go up an average of 3.3% – but season tickets will rise by between 3.5% and 3.6% – much closer to the 3.6% rate of inflation announced in August, to which the fare rises are pegged.

Caroline Lucas, the co-leader of the Green Party, said: “This inflation-busting fare increase is a body blow to hard pressed passengers. Every year we see the privatised railways deliver ticket price increases, while the cost of driving continues to plummet in real terms. The Government needs to sort its priorities out.

“It’s clearly time for publicly owned railways – and for the Government to stop these outrageous price increases. Passengers deserve better than this privatisation disaster.”

General Secretary Mick Cash said: “These fare increases are another kick in the teeth for British passengers who will still be left paying the highest fares in Europe to travel on rammed out, unreliable trains where private profit comes before public safety.

“For public sector workers and many others in our communities who have had their pay and benefits capped or frozen by this Government these fare increases are another twist of the economic knife while the ‎private train companies are laughing all the way to the bank.”

However, GTR, which runs Thameslink and Southern services, said that revenue from ticket sales is passed on to the Department for Transport under Govia Thameslink Railway’s contract.

A spokesperson for GTR said: “As we continue to modernise the railway to give passengers faster, more frequent, more reliable journeys, fares on Thameslink, Great Northern, Southern, and Gatwick Express services will rise by less than the rate of inflation, by an average of 3.33%.

“Accompanied child flat fares are still £2 (half the price of that offered in many other parts of the country) and our DaySave rate has risen only 2.6%.”