A brave and quick-thinking girl of 11 has been praised by a judge for outwitting a gang of brutal thugs.

She hid her phone or tablet and managed to contact her mother after the men threatened her, having violently attacked two other men downstairs and ransacked a house in Brighton.

She and three other children cowered upstairs as the thugs searched for cash and attacked the other two men – a “battering” ordered by crime boss Ryan Carden from his prison cell.

This week two of the thugs have been jailed for their part in carrying out the violent revenge attack and robbery on crime boss Carden’s orders.

Daryl Barclay, 38, of Hylands Road, in Walthamstow, east London, was jailed for nine years for the attack which left the four children terrified.

One of his accomplices Robert Butler was jailed for nine years and four months with an extra four months to be spent on licence after his release from prison.

They burst into Carl Bishop’s home in Ravenswood Drive, Woodingdean, and attacked him and another man.

The four children cowered upstairs during the violent attack, Brighton Crown Court was told, after at least one of the attackers went into Mr Bishop’s home armed with a knife.

Although one of the men took the children’s phones and tablets off them, one brave girl managed to hide her device and contact her mother who called the police.

The court was told that the ringleader Ryan Carden, 32, of Shannon Close, Peacehaven, had earlier been sentenced to eight years in prison for organising the attack.

The court was told that Carden, sometimes known as Buster, was regarded as the boss of a Brighton drug dealing gang although he denied this.

His sister, Lauren Carden, 26, of Pond Meadow, Haywards Heath, and a mother herself, was jailed for five years for her part in the plot. She is not believed to have gone into the house.

Judge Paul Tain said that it was both a retaliatory attack on Mr Bishop, arranged by Ryan Carden from prison, and an attempted robbery. 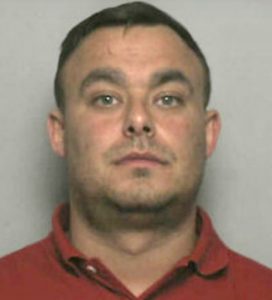 The judge said on Tuesday (19 December): “Ryan Carden was sat in prison recruiting criminals to carry out revenge.

“Robert Powell, known as Fox, and Robert Butler were competing to be the big man. Powell recruited an old lag (Barclay).”

Powell, however, was acquitted of assault.

The judge added: “What makes us all shudder during the robbery, burglary and assault is that people go upstairs where there are children.

“They ransacked the place.

“Weapons were used and weapons were seen on the CCTV as the defendants entered the premises.”

The judge spoke about the “use of significant force” and “the sophisticated and organised nature of the offence”, adding: “This is organised crime.

“This is Mr Carden knowing how to organise a retaliatory and profit-making raid and organising it from his prison cell. 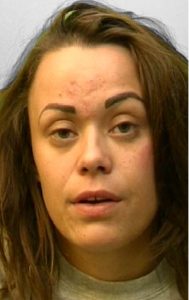 “The reason these people got caught was that Carden hadn’t realised his phone calls from the prison were properly recorded.”

And a lot of detailed police work followed, the judge said, investigating Carden, who was “on top”, Butler, his number two, and Barclay, who was next in the pecking order.

The judge said: “I know what happened to these children. I know they weren’t physically harmed.”

But, he said, the group inflicted psychological harm on the children, adding: “The two adults downstairs fortunately suffered superficial injuries.”

He recommended a sheriff’s award to the girl, praising her quick-thinking and bravery.

He said: “These crooks took the step of removing all means of communication from the children upstairs.

“One of the children had a (phone) under her pillow, kept quiet and bravely contacted her mum.”

Barclay, the court was told, had a long record of violence.

He was sentenced in his absence, having failed to leave his prison cell to come to court.

Butler was jailed on Monday (18 December).

The case was featured in a TV documentary earlier this year, including footage of the attackers pouring into Mr Bishop’s home.