Hello … Lionel Richie to play at the cricket ground in Hove

American singer and songwriter Lionel Richie is to play at the County Ground in Hove on Saturday 23 June.

Tickets go on sale at 10am on Friday 2 February for the concert which will be part of the former Commodore’s UK tour. 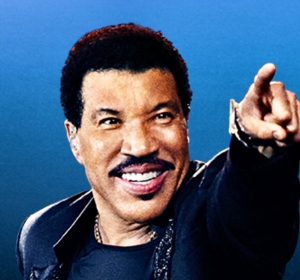 Richie, known for songs such as Hello, Dancing on the Ceiling and All Night Long, will follow stars like Elton John, Cliff Richard and Olly Murs in appearing at Hove. Tom Jones, Madness and Rod Stewart have also taken the stage there.

Sussex Cricket said that the singer would be “performing hits from his extensive and much-loved repertoire spanning decades, all the way from the Commodores to the present day”.

The cricket club said: “Richie’s shows are world renowned for their party atmosphere.

“Fans will be able to enjoy timeless mega-hits and sing along to classics such as Lady, Truly, Dancing on the Ceiling, Say You Say Me, Hello and All Night Long.”

Richie said: “I’ve been missing the UK and can’t wait to make my long-awaited return and to see parts of the country I’ve never made it out to before.

“The fans are always incredible and they make the atmosphere at every show electric so I look forward to singing along with them soon.”

The tour will include the singer’s first British shows for three years when he appeared at Glastonbury and played the O2 in London.

Sussex Cricket chief executive Rob Andrew said: “We can’t wait to host Lionel and his fans for what will unquestionably be one of the highlights of the summer.

“The fact that a global superstar like Lionel has chosen us for his first ever visit to Sussex demonstrates how highly regarded the 1st Central County Ground is as a concert venue.”